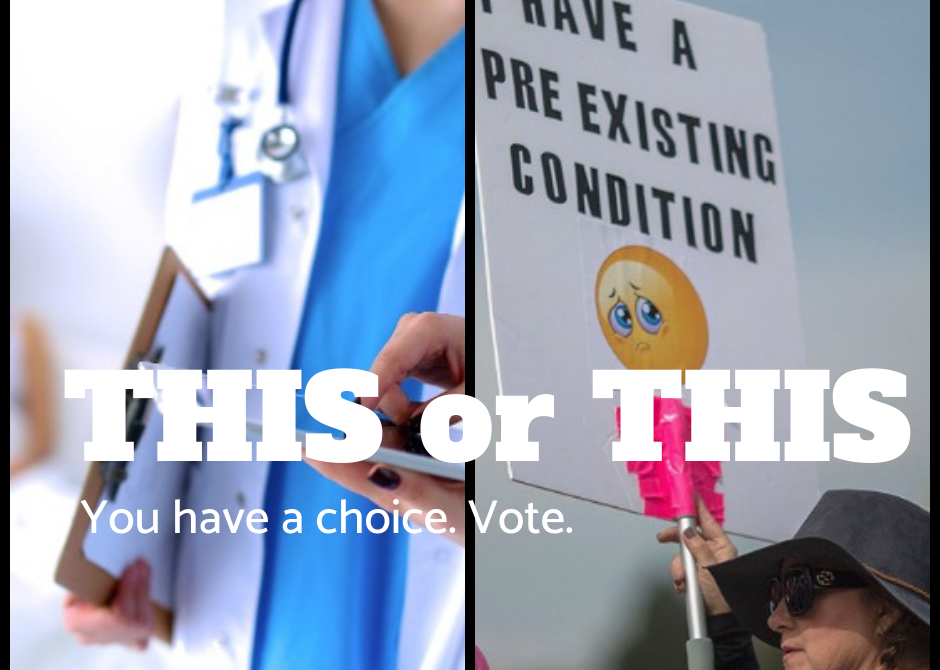 Healthcare is the number one issue among voters in this election. And it should be. Republicans who have taken no less than 75 votes to repeal the Affordable Care Act or eviscerate its provisions have realized that this matters to Americans. And they are now trying to convince voters that they are all-in for protecting healthcare and, most significantly, coverage for pre-existing conditions. That’s a lie.

Candidates for Congress nationwide are saying they support providing healthcare for those with pre-existing conditions. But the truth does not match the rhetoric. In fact, 20 states and the Department of Justice have joined a lawsuit to have the ACA declared unconstitutional. As recently as two weeks ago, Senate Majority Leader Mitch McConnell promised to bring legislation to fully repeal the ACA to the floor right after the midterm elections.

Prior to the passage of the Affordable Care Act, insurance companies routinely refused to sell healthcare policies to people with an array of pre-existing conditions, ranging from asthma to diabetes to cancer. In South Carolina, more than 50 percent of the population have either diabetes (14.1 percent) or are pre-diabetic (37.2 percent), according to the American Diabetes Association.

Since the new administration took office, the Republicans have continued attempts to fully repeal the ACA even though their attempts at replacements were often called healthcare that didn’t include any healthcare. With majorities in both houses of Congress, the only thing that stopped the repeal was one vote – John McCain.

The truth is that the devil is in the details. Some legislation that the GOP points to as covering pre-existing conditions only relate to the creation of high risk insurance pools. According to a brief by the Kaiser Foundation, no high-risk pool would effectively offer the same provisions and protection as the ACA. In 2015, another Kaiser study looked at each state’s vulnerable under 65 population and found that in South Carolina 28 percent of the “non-elderly” population would have had a deniable pre-existing condition. That’s 882,000 people.

There are a lot of additional healthcare concerns. The GOP, unable to repeal the ACA, has instead tried to beat it to death by stripping away provision after provision.

In states like South Carolina, which did not accept the Medicaid expansion and did not set up an ACA Marketplace, it is true that there is less competition and, consequently, higher prices. That is not the experience of states that embraced the ACA. There the marketplaces have thrived despite the administration’s efforts, prices have come down, and more people are covered.

That’s why it matters not only who we elect to Congress, but who we have in the statehouse.

Voting for Democratic candidates in the Upstate will matter. Mary Geren in CD-3 and Brandon Brown in CD-4 will join other new representatives to provide crucial votes in the House to stop efforts to end the ACA.

James Smith, Democratic gubernatorial candidate, has vowed to accept the federal funding for Medicaid expansion under the ACA on his first day in office. That will make a difference here.

If you’re concerned about healthcare, you should be. Support Democratic candidates who will work for you, not for insurance companies.