This profile of Brandon Brown, CD-4 candidate, is one of a series on Democratic candidates running for office who are not currently incumbents, designed to help voters understand who they are and what they stand for.

Brandon Brown is the Democrat running for Congress in the Fourth District of South Carolina. He’s a native of Greenville, which gives him a deep and authentic understanding of the people he will represent and the issues facing them. 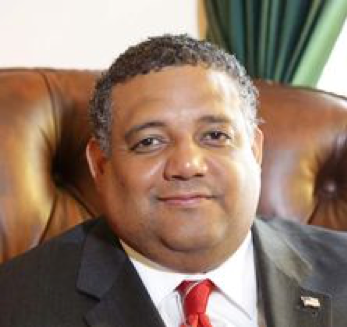 Brown’s background is in higher education. He served as the associate vice president of institutional advancement at Jackson State University in Mississippi, where he helped to increase the university’s endowment by adding more than $18 million. He also served as senior vice president of institutional advancement at Georgia’s Paine College, his alma mater. He led the fundraising and development efforts, increasing annual contributions by over $5 million. He continues his dedication to higher education through his campaign strategy.

Brown is also no stranger to politics. In 2004, he was the first African-American to run to represent South Carolina’s Fourth Congressional District. He won the primary but lost in the general election despite gaining over 77,000 votes. Now he’s hoping to win the seat in his second attempt. Brown also served as state deputy political director for then-Sen. Joe Biden’s 2006 presidential campaign.

Although there are many issues facing the country, Brown is most passionate about making higher education achievable for families. The reduction in the Parent Plus Loan program was a big driver in his decision to run again, he said. He cited his extensive background in higher education, emphasizing the need to increase, not decrease, resources to help families pay for higher education.

Brown’s first action once in office will be to “stop Trump’s tariffs on companies like BMW.” Access to healthcare is also very important to him, as is supporting the Affordable Care Act. He says he will work to protect those with preexisting conditions, making sure they continue to get access to healthcare. He supports funding the fight to find a cure for cancer. Health care for veterans is also very important to him. While he did not serve himself, he has a long line of family members who have proudly served.  Brown supports rights for veterans and will continue to do so once in office.

Brown knows turnout is critical to this election and admits that it has been an issue in the past. He believes that we have to empower people and show them why it is so important to vote. Through town halls and meeting with voters, he’s trying to connect on a personal level with his constituents.

One of the predominant messages that Brown hopes to get across to voters is that “Democrats care and Democrats CAN win.” He emphasizes the need to educate and excite the base in order to make that happen. “I am out here fighting, and I am out here to win.”