This profile of Mary Geren, candidate for South Carolina Congressional District 3, is one of a series on Democratic candidates running for office who are not currently incumbents, designed to help voters understand who they are and what they stand for.

By Laura Haight
Growing up poor in rural Georgia, Mary Geren, Democratic candidate for SC-3, had no clear path to even a good education, much less the US Congress.
Raised by her dad and growing up with four siblings, Mary’s family struggled. “Suspicious of higher education,” Mary’s father told all her siblings they could quit school at 16. “All four did exactly that.” Then they struggled with addiction, with raising children, with poverty. 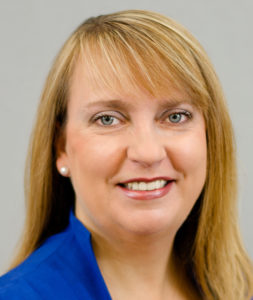 “That was the cycle I was born into,” Mary recalls. But she always had her faith, a love of reading, and a desire to learn. In some ways, it was an escape. “I would close my bedroom door and read.” Still a love of reading might not have been enough to break out of the cycle. For that she credits public education and “teachers who saw something in me and mentored me.”
Not surprisingly, education is a major focus of her Congressional campaign. “I’m in this for my child and for her kids,” Mary notes, and citing Betsy DeVos’ appointment as Secretary of Education as a motivator. “It was like ‘OK, I’ve got to do something.’ “ Unlike DeVos, preserving public education, which she credits with propelling her from poverty to the middle class, is a top issue for Mary.
Mary earned grants and scholarships to pay her way through Clemson University, receiving a bachelors in 2002, and masters degree with honors in 2003. She credits her husband, Sean, with making it possible for her to earn her degree. “Receiving my bachelor’s degree was one of the proudest moments of my life,” Mary recalls. She was a lecturer at Clemson for six years and has been an instructor in English at Tri-County Tech since 2009. Her education policies include helping make college affordable including a plan for free community college and trade school education, and programs to reduce student loan interest rates and boost incentives for those who go on to a four-year institution.
Although Mary is the only member of her extended family to have a four-year college degree, that is a culture that will continue on through her children. Mary describes her daughter, Madilyn, a seventh grader as “too smart.” Husband Sean dropped out of college, but has been taking classes at Anderson University. He will get his bachelor’s degree at the same time as his son, a senior at USC. She proudly notes that Sean will graduate with a 4.0 GPA. “I’m really proud of him,” she says.
Mary’s platform is built on defending and elevating the middle class, supporting workers and families, and providing a hand up to those struggling with poverty, homelessness and inequality. Policies like a regionally established “living wage”, paid and family leave, worker empowerment and a public option for people to buy into Medicare are all part of her very detailed policy portfolio. (www.marygeren.com/issues-2).
Although this election cycle has seen a huge surge of women deciding to run for office, Mary is no neophyte. “I have felt a calling to run for office for some time,” she explains. Two years ago, she ran – and lost – for State House. She has worked on other campaigns, support Hillary Clinton in 2016 as a community team leader in Anderson.
Since 2010 she’s had her eye on running against Jeff Duncan. She began 19 months ago, visiting churches, schools and community organizations in all 11 counties of the district, getting her name out. As one who has always rolled up her sleeves and worked hard to reach her goals, Mary is angry about the state of Congress today. Known commonly as “do nothing Duncan”, he is just a symptom of a dysfunctional Congress. “We are getting nothing done in Congress,” she complains. “What I hope is resonating is that we have radicals running our country right now – on both sides. Duncan cared about the deficit when he voted against hurricane relief but when it came to the tax cut he was perfectly fine with it. Jeff! Could you be any less hypocritical,” she says with a note of sarcasm.
After 19 months of traveling the district, Mary believes people are feeling more comfortable about speaking out. Even Republicans. “It’s BS to say that our values aren’t family values especially when we have Donald Trump as president.”
South Carolina is a state at the top of lists we don’t want to be on (violence against women) and the bottom of lists we want to be high on (educational outcomes and health). “But how do people think anything is going to change when we keep electing the same people in the same party,” Mary asks.
Top issues in CD-3, she says, are defunding of special needs programs, the crumbling education infrastructure, humanitarian issues such as a positive solution for DREAMers, and an end to the destructive trade war and tariffs. The latter is a big concern among local voters, she says. “Our jobs are going to be affected and people are really afraid.”
On the other side of the coin, her opponent uses gay marriage and abortion as wedge issues, but rarely do constituents bring up those topics. “I feel deeply that SC-3 residents are onto that and they’re getting tired of it. Right now they want to put food on the table, and have health care for their families. That’s what I’m hearing.”