Home » Blog » 2020 Elections » How Republicans Have Failed Our Children 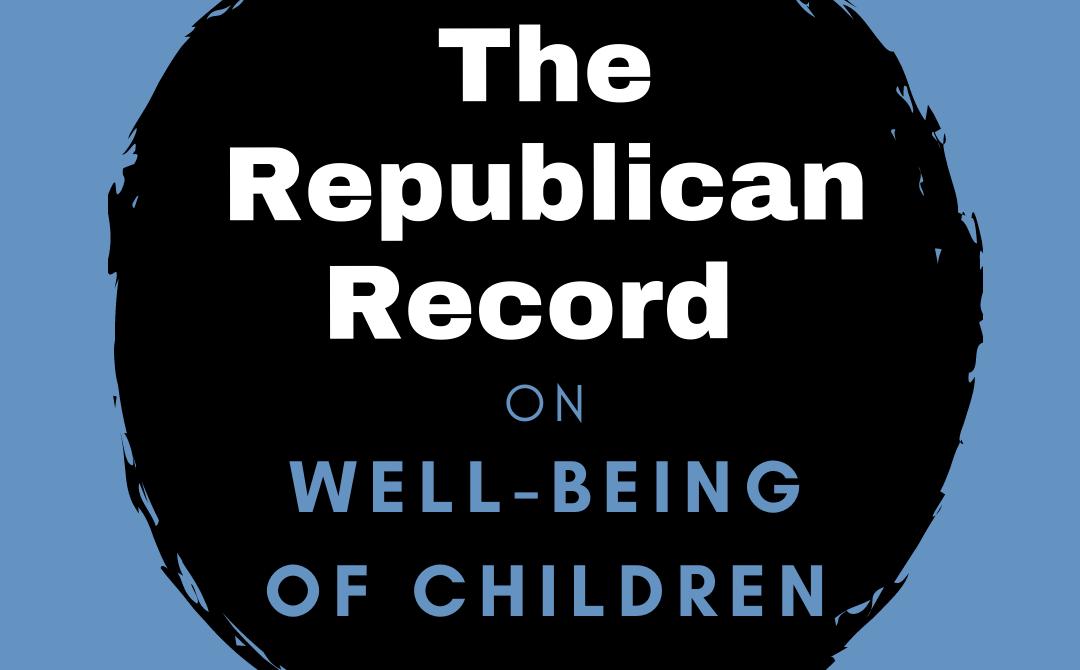 How Republicans Have Failed Our Children

South Carolina has been governed by Republicans for decades – in some parts of the state  for generations. In that time, the state has never crawled out of the basement on any major metric of governmental success. From education to GDP, the state languishes in the basement while other states, including Georgia, Florida, and North Carolina, progress. We are exploring The Republican Record,: What exactly South Carolina has gotten from our Republican governance – and why we can and should demand better.

By Jane Doussard-Roosevelt and Mike Roosevelt

After years of Republican rule, with our state at or near the bottom nationally in so many indicators of well-being, perhaps our least defensible shortcoming is how poorly we have treated our children. By any objective measure – beginning in pregnancy and moving on to health, educational achievement, and economic stability – South Carolina’s children find themselves consistently at a disadvantage in comparison to the vast majority of their peers in other states.

The bad news begins at birth. In 2018, DHEC reported that our state had the seventh-highest infant mortality rate in the nation, with 7.2 deaths per 1000 live births. Even more alarming were data that showed that the minority infant mortality rate was more than twice that of white infants. A key contributor to infant mortality, according to The Centers for Disease Control, is low infant birthweight, for which South Carolina has the fifth-highest rate nationally, with nearly 10 percent of all babies born in the state and over 15 percent of minority babies falling into this category.

But it doesn’t end there. In 2020, according to the Annie E. Casey Foundation, our state ranked 41st nationally (dropping for a second straight year) in terms of overall child well-being. Despite improvements since 2010 on some criteria, the data repeatedly show South Carolina lagging well behind national averages and regional competitors. For example:

The litany of disturbing statistics seems endless with regard to our children. The Children’s Trust of South Carolina, for example, says that 62 percent of all South Carolina adults report at least one adverse childhood experience. Academic research has shown that adverse childhood experiences affect brain development and these early stressors are associated with lifelong problems. Children living in poverty, with poor nutrition, or with insufficient caregiving are at risk for poor outcomes in mental health, educational achievement, and physical health. By not providing the support our children require from the very start, we are denying them the tools to succeed as adults and ensuring that South Carolina will remain at the bottom of state rankings.

A researcher and advocate for children and families, Amanda McDougald Scott, candidate for County Council, talks about the challenges and solutions for SC and Greenville.

Many of these indicators are likely to worsen during the pandemic. Non-profits, local food banks, school systems, and determined individuals are doing heroic work to protect children at a time when a global health crisis is threatening state and local economies, healthcare systems, and housing stability, but the silence from national, state, and local Republican elected officials is heartbreaking.

South Carolina’s Democrats, on the other hand, stand for measures that would bring greater stability to working families and single parents across the state, creating more supportive environments in which children could thrive. Affordable, high-quality health insurance, including expanded access to Medicaid, for example, would relieve 200,000 South Carolinians of crippling healthcare costs and provide better prenatal and early childhood care. Increasing the minimum wage and expanding refundable tax benefits, including Child Tax Credits, would further contribute to families’ economic security, and provide resources for healthier early environments. And greater attention to affordable high-quality childcare and expanded universal preschool promises opportunities for our children to have the support they need during critical years of development.

There is a clear choice in this election. We can continue to elect Republicans, ensuring that our children will fall further behind and South Carolina will remain mired among the bottom tier of states, or we can demand something better. Democrats are optimistic about South Carolina’s future and believe that to make it the best that it can be, we have to begin by looking out for our youngest citizens.