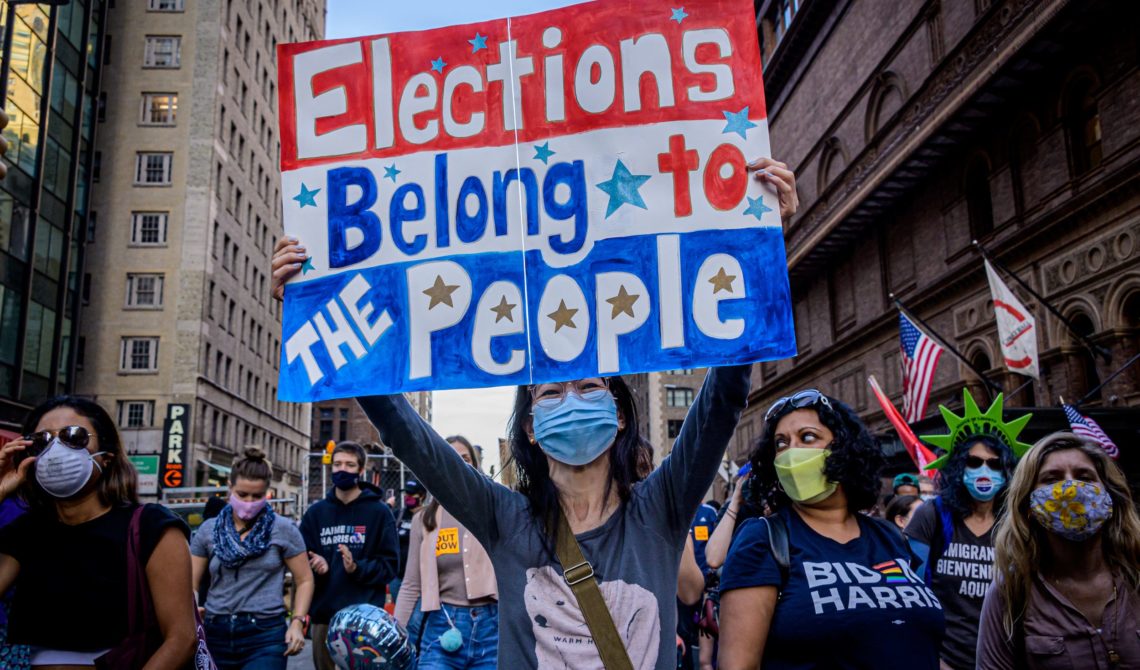 A Call to Action on Voting Rights

The right to vote is an American right. Kamala Harris recently stated, “When we cast a ballot, we not only decide our leaders. We determine our future.”

After a historic turnout at the 2020 elections, we now face a real threat to our democracy – we are witnessing unprecedented attacks on voting rights. On January 6, 2021, insurrectionists violently stormed the United States Capitol to prevent the election confirmation. Efforts continue to cast doubt on our elections with claims of voter fraud. While the claims are baseless, it continues to be used as a justification for the introduction of restrictive state-level voting laws in unprecedented numbers — 389 restrictive bills in 48 states as of May 2021 — many of which target voters of color. Currently, state Republicans are pushing to exert control over elections by seizing power from the officials who oversee elections day-to-day.

But there is hope. The fight to strengthen our right to vote is happening. We now have a historic opportunity to bring about transformative change. In both houses of Congress, the For the People Act — H.R. 1 in the House and S. 1 in the Senate — was designated as the first bill, a top priority this session. This new civil rights bill in the United States Congress will expand voting rights, change campaign finance laws to reduce the influence of money in politics, limit partisan gerrymandering, and create new ethics rules for federal officeholders.

Now is the time for us to do our part! As citizens, we have the responsibility to hold our leadership accountable. We need to demand action, especially when there is a fundamental threat to our democracy.

With a call to action, citizens are being urged to call Senators to support this bipartisan bill. Even better, Stacey Abrams has launched her ‘Hot Call Summer’ campaign to get Congress to pass the ‘For the People Act’. The ‘Hot Call Summer’ campaign asks supporters to call their U.S. senators daily, to ensure the protection of voting rights through the passage of this new bill.

It is imperative that we all protect our right to vote. When we all participate and cast our ballot, despite our differences as Republicans or Democrats, we allow our individual voices to be heard and strengthen our democracy.