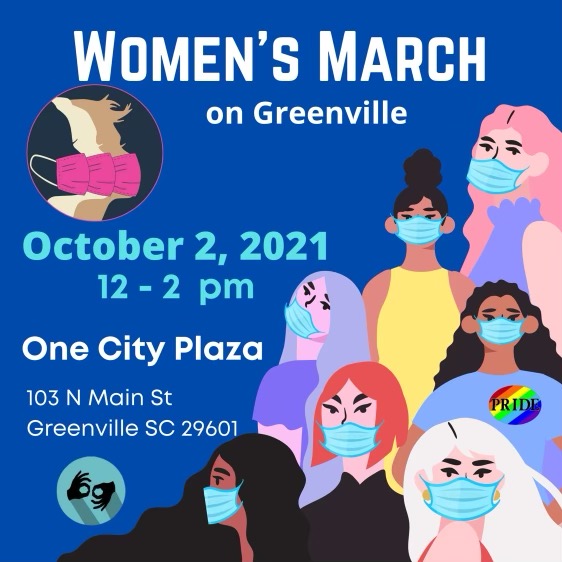 Almost a month ago, the news about the Texas near abortion ban flashed across my screen. As I sat there a moment and let it sink in, the gravity of the situation overtook my senses. I was hit with an urgent panic that many women in South Carolina surely felt: “This is going to happen here too.” The South Carolina legislature already attempted this very thing during the session earlier this year.

It was clear that I had to do something. With a growing population of hundreds of thousands of people, I believed there was no way we could stay silent on this issue. And, then, the Women’s March announced a nationwide protest against those attempting to take away women’s reproductive rights. So I asked, “Who was already on the front lines who might also work on a Greenville Women’s March?”

As I put out the call to action, many women leaders from across the county, varying in age and race, background and culture, came together to make it happen. These amazing women, who all contribute in some way to the furthering of women’s issues and community work, understand the importance and urgency of heeding the call to stand in solidarity with the women of Texas and to tell this state we will not be silent. The need to keep fighting to protect women’s rights is the unifying factor that has pushed us to get the work done. When women work together, we go far!