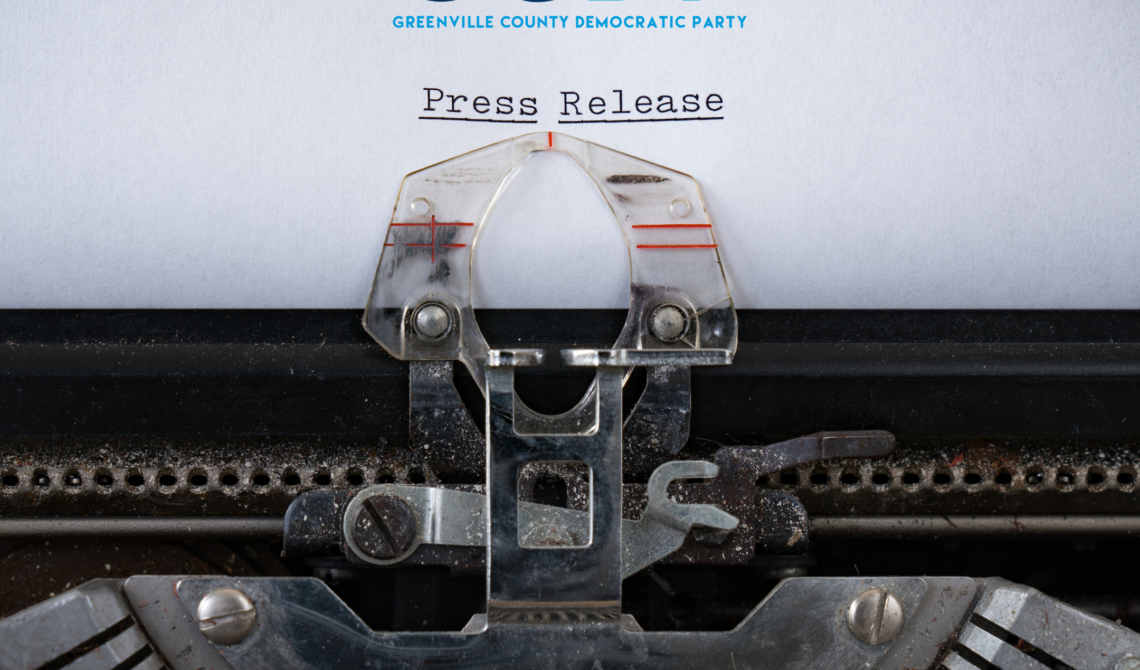 As Greenville’s two US Representatives – William Timmons (SC-4) and Jeff Duncan (SC-3) – prepare to violate their newly taken oaths of office and vote not to count the results of the 2020 election, it’s worth remembering a few things.

We are well past what the co-conspirators say is ensuring “that every legal vote is counted, every count is verified, and every voice is heard.”

Now we are in the insurrection part of the election. The part where the president’s supporters attempt to throw out the will of the people, the rights of the states to conduct and certify their own elections, and undermine the very foundations of democracy to salve the ego of a wounded and potentially dangerous despot.

This is not a harmless activity. President-elect Biden is dedicated to his promise to attempt to heal the divide in the country and to be a president for all Americans. That will be made exponentially more difficult if not nearly impossible by this effort, which seeks to instill deeply into the US consciousness the idea that the election was fraudulent and that the president who earned 81 million votes is illegitimate. The co-conspirators use this division as the “reason” for their insurrection, when, in fact, it is a result of the very disinformation from the White House that they have latched onto and that has fueled this last, desperate, and unconstitutional effort..

It seems inevitable that this dangerous and borderline seditious activity will take place. And just as inevitable that it will fail. When that happens, Timmons, Duncan, and their fellow insurrectionists should face the consequences of their actions. They should – but likely won’t – face censure, or removal by their peers. But they will face consequences from their voters, who may rightly be concerned about electing leaders who twist reality to suit political goals, who put personal political outcomes above the law, the country, and will of their constituents. The Greenville County Democratic Party will make certain that voters in this county do not forget what Timmons and Duncan really pledge allegiance to.