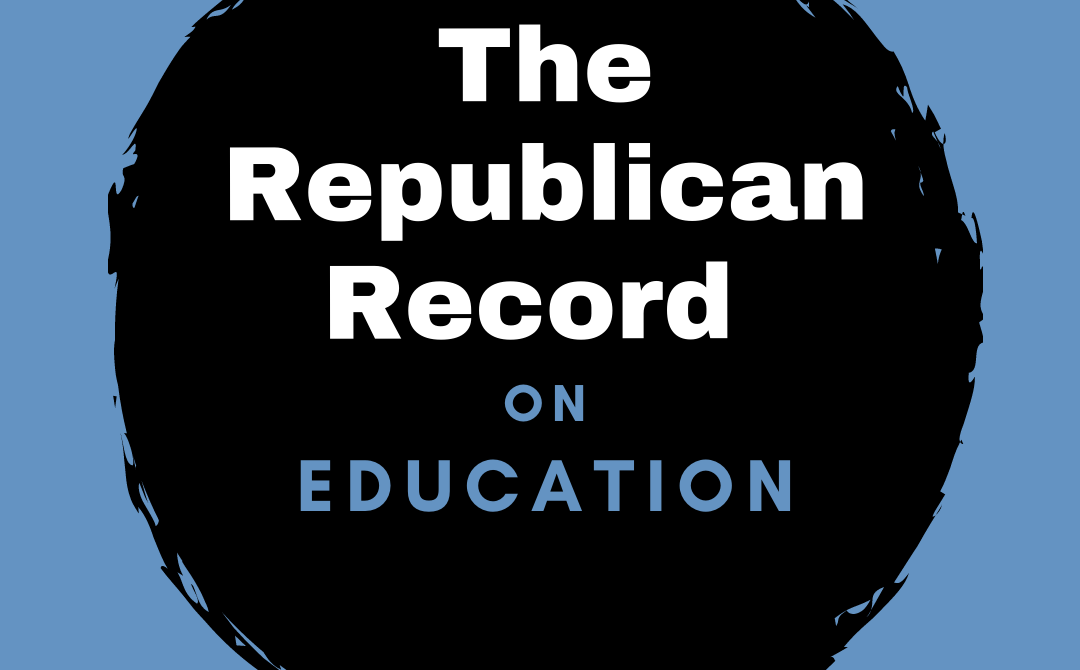 The Republican Record on Education

An abysmal record of failure is an F for South Carolina

South Carolina has been governed by Republicans for decades – in some parts of the state – for generations. In that time, the state has never crawled out of the basement on any major metric of governmental success. From education to GDP, the state languishes in the basement while other states, including Georgia, Florida, and North Carolina, progress. Each week, we’ll explore what exactly South Carolina has gotten from our Republican leadership – and why we can and should demand better. Next up: Women’s Well Being.

Education is the cornerstone of individual, family and community well-being.   From the earliest school experiences in pre-K through the college levels, education should provide opportunities for people to develop their knowledge, skills and interests.  We all want to live in thriving communities, developed and sustained by capable people who bring expertise and skill to their work.  The state’s record on education makes it abundantly clear that South Carolina’s Republican-controlled government does not value public education. The consequences are visible in every facet of our state’s communities.

In all major national rankings of state education systems, South Carolina ranks in the bottom 10 states.  Education Week, the leading national education news journal, ranked SC 41st in its 2020 Quality Counts report.  The rankings are determined by the quality of early education foundations, the school years, and adult outcomes from a state’s education program, and are based on data in a number of categories, such as…

US News and World Report ranks SC 43rd in the nation overall (41st in pre-K-12, and 46th in college quality). The evaluation looked at:

We rank 49th in Intelligent.com’s 2019 Best and Worst States for Education report.

A few percentages illustrate the reasons for these low rankings.  In South Carolina, only 36 percent of children enter kindergarten ready to learn.

Only 14 percent of graduates demonstrated college-readiness in every subject area on the exam, especially troubling since 63 percent of the state’s high school graduates aspire to attain a four-year or higher college degree. In reality, however, according to census data, reality falls short of the aspiration: Just 25 percent of South Carolinans have a college degree; 8 percent have an associate’s degree, and 9 percent have a post-graduate or professional degree.

If we look more closely at the education picture, we cannot avoid the evidence that Republicans have systematically neglected the education of African-American children and children in poverty.  On the 2019 National Assessment of Educational Progress, South Carolina’s Black children scored significantly lower than white children in every area, including 4th grade reading, in which Black children’s scores averaged 199 and whites averaged 229.   In the Greenville County School District, the achievement gap between Black and white students is 2.5 grade levels.  In Charleston, the gap is 3.6 grades.

Various policies contribute to the desperate situation in SC schools, including abysmal teacher pay.  Teachers’ starting pay in 2020 averages $33,148 per year, and is 47th worst in the nation.  Across time, salaries have been headed in the wrong direction.  As of 2018, SC teacher pay overall had declined 6.6 percent since 2000, when adjusted for inflation, and was 42nd worst in the nation.   In addition, the basic funding mechanisms for SC school districts were created in 1977. The 43-year-old formulas outdated, overly complex, and ultimately inequitable, magnifying differences in resources between affluent districts and those in high-poverty areas.

Since the GOP has dominated virtually every facet of our state government for the previous 30 years, South Carolina’s abysmal public education rankings ARE the Republican Record on education.  In 2020, while controlling both houses of the legislature as usual, the S.C. GOP had a chance to improve our state’s education system.  Republicans squandered that chance, by excluding teachers from participation in writing a bill, and failing to successfully collaborate with fellow GOP legislators.  The bill that once held significant promise for substantive change, is now dead and will have to start anew with the next legislative session.

While the current situation may seem hopeless, we have a choice.  South Carolina’s students are as capable of learning as the those in states that sit at the top of the education rankings.  The difference is leadership.