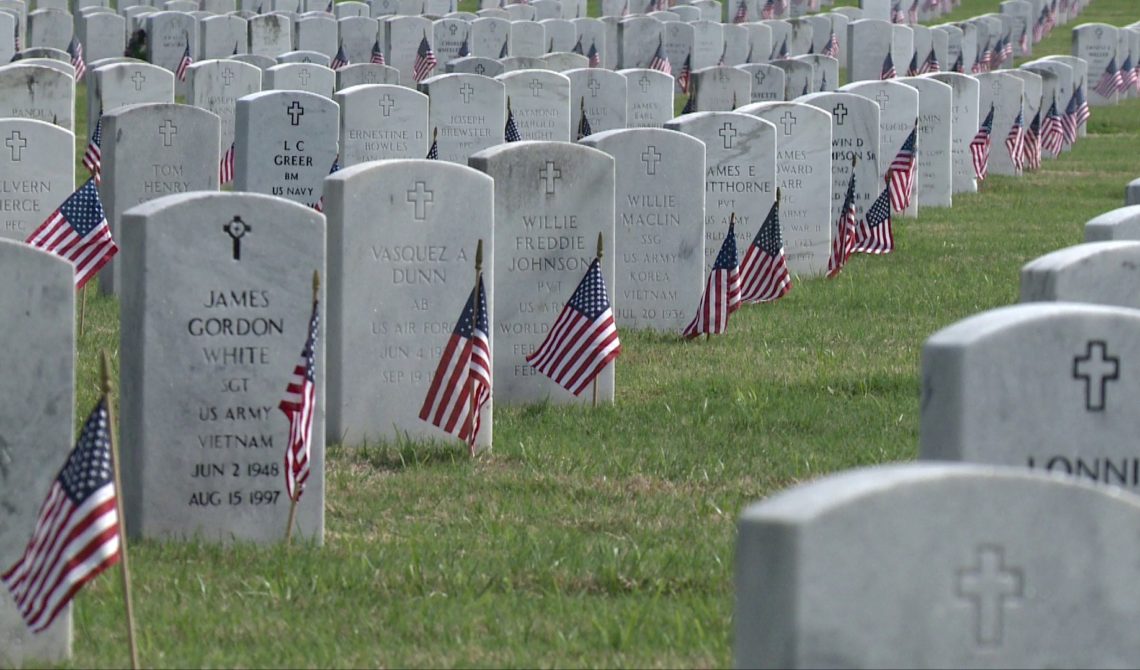 The Briefing: Profiles in Courage Rise When They Are Needed

Every two weeks, the GCDP publishes an update on activities in the Upstate, Columbia and Washington that are of interest to Greenville Democrats. Each briefing leads off with an opening salvo that sets the tone. This is from the May 31 edition. Read the full newsletter | subscribe and never miss an issue.

This week we commemorated Memorial Day. The day we honor those 1,304,684 men and women who died fighting our wars, so that our flag would always fly over a free and democratic nation. Their sacrifice and courage is one of the most uplifting of American stories: Regular Joes and Janes giving their lives to protect our country, to protect others, to defeat evil in the world.

It was also the 100th anniversary of the Tulsa Massacre. One of the most shameful events in our nation’s history. 100 years later we still don’t know for certain how many died or where they are buried. What we know is that an entire Black community was firebombed from the sky and attacked and driven from their homes and businesses on the ground in a violent, hate-filled attack from May 31-June 1. Most horrifically, Tulsa was not an outlier. White mobs have terrorized Black people, destroyed Black communities, and driven Black businessmen out of town throughout their 157 years of Black emancipation. One estimate is that nearly 900 instances of this mar our history.

On this most somber day when we celebrate courage and honor, are we also honoring their service?

Are we honoring their service when we refuse to investigate the attack on our pantheon of democracy: the US Capitol, when from one end of the country to the other voting rights are under attack with some states even enabling the state legislature to overturn the results of elections, when we elevate political goals above all else and are willing to sacrifice all our values and foundational beliefs to gain or hold power for power’s sake alone?

And how do we reconcile these two Americas? Can we?

John Steinbeck wrote: “A man becomes a man when a man is needed.” When we need courage where will we find it? And when we see it, will we recognize it? Even if no one is wearing a uniform? We had several profiles in courage last week: Everyday people who stood up and spoke up because courage and fortitude was called for.

Viola Fletcher was 7 years old when the planes, and the fire, and the bullets came. The Tulsa Massacre survivor was 107 when she testified last week before Congress and asked for justice. “I hear the screams. I have lived through the massacre every day.” What must it have taken for her to come to Washington – for the first time in her life – and demand acknowledgement and action from her country? Certainly that was courage. Watch.

Darnella Frazier was just 16 years old when she watched Derek Chauvin murder George Floyd. She stood courageously through the horror recording every minute for posterity, defying authority, potentially putting herself at risk. She was 17 when she testified in Chauvin’s trial and told the jury, in an emotion-chocked voice, that she wished she had done more to save Floyd’s life. On the 1-year anniversary, she released a powerful statement on the impact her part of history has had on her life. It’s read here by poet Caroline Randall Williams. Watch | Listen

Gladys Sicknick, mother of Officer Brian Sicknick, who protected the Capitol during the insurrection and died as a result, went to Capitol Hill on Thursday to meet with GOP lawmakers and urge them to support creation of a commission to investigate January 6th. Only 15 Republican senators agreed to meet with her while others offered just to have staff members available. Joined by her son’s girlfriend, Mrs. Sicknick courageously faced up to senators who had whitewashed the insurrection and who had even lied outright about the seriousness of the danger.  “My son has been gone for four months and I want answers,” she said.

The reality is it is easier not to fight these fights. To give in to acceptance and move on. And yet every day, we are confronted a choice. Choose to stand up.

Read The Briefing in full and subscribe to stay on top of what’s happening.