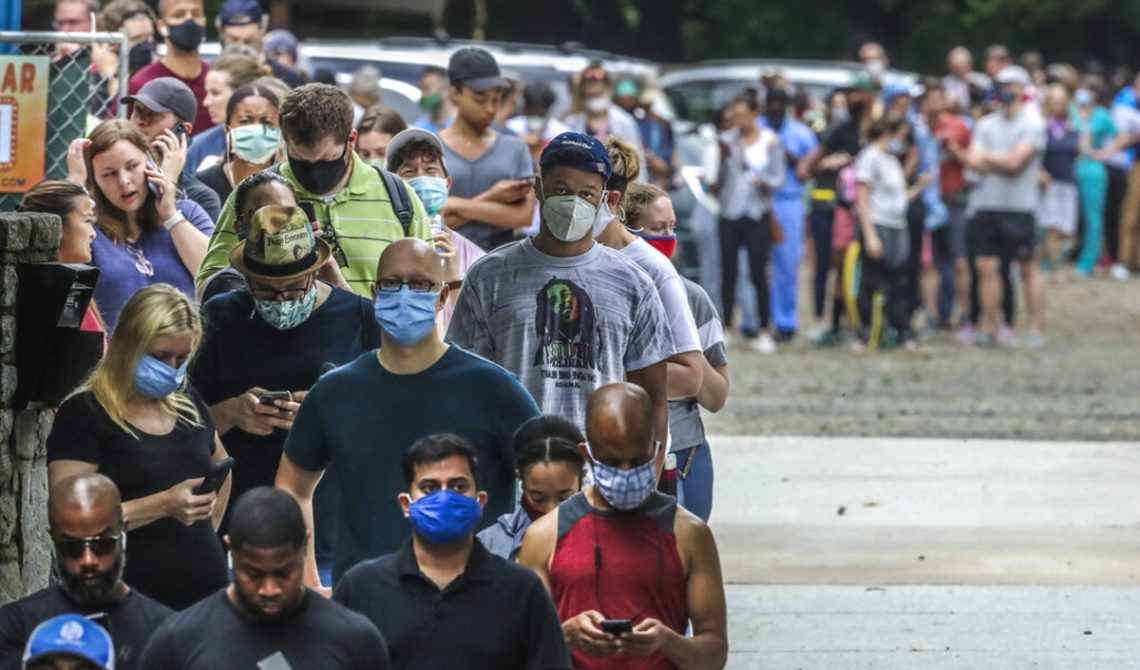 Voting laws across the nation have been a topic of great public interest and debate since the November 2020 election.  In South Carolina, a number of bills relating to voting were introduced this past session.  None of the proposed laws dealing with significant changes have yet to become law.  Many bills, supported by Democrats, seek to expand access to voting. Those laws are languishing in committees without hearings being held or even scheduled. Several of the Republican bills are moving along and could potentially become law. Below is a summary of the current status of those bills and ways that you can help get the good ones passed, and the bad ones stopped.

We have time and an opportunity to make our voices heard on these issues. As always, call your representatives!

S0009 and H3270 Driver’s License and Voter Registration Application.  These bills, introduced in the Senate and House, seek to amend § 7-5-320 of the South Carolina Code of Laws, to provide that each application for a driver’s license will also serve as an application for voter registration.  This would eliminate the requirement that the applicant sign a separate voter registration portion of the application in order to register to vote.  Both bills were sent to the Judiciary Committee in January and have sat there ever since. They’ll remain in that committee next session.  To get the bills out of committee, we need to call the chairmen, Senator Rankin (803) 212-6610 and Representative Murphy (803) 734-3120, and let them know we support the bill and would like to see it move on from the committee.

S0084 Voter ID.  This bill seeks to amend § 7-13-710(D)(1) and (2) of the South Carolina Code of Laws to allow for a voter who fails to produce a valid and current photograph identification may complete a written statement at the polling place and affirm that he/she meets certain qualifications, and that the County Board of Registration and Elections shall find that a provisional ballot is valid unless the board has grounds to believe the statement is false, if the board determines that the voter was challenged only for the inability to provide proof of identification and the required statement is submitted.  This bill was referred to the Judiciary Committee in January and has had a hearing.  It will carry over into the next session in the same committee.  To support the bill, call Chairman Rankin and ask him how we can support the bill to see that it passes through the committee.  (803) 212-6610.

S156, H3617, H3533 Early Voting Procedures.  These bills seek to establish early voting in South Carolina (which we do not currently have) and the corresponding procedures.  Each bill has been referred to the respective Judiciary Committees.  Early voting would expand the opportunity for voters in South Carolina to cast their ballot, without the need for an absentee voting excuse.  It would reduce lines on Election Day and allow for more ease of access to the polls for all voters.  To support this bill, call the chairs of the Judiciary Committees and ask how we can move the bills successfully out of committee.

H3822, S0310, H3207, H3268, H3519, H4036 Absentee Ballot.  These bills seek to make voting more accessible by allowing everyone to vote absentee and also allow for same day voter registration.  It eliminates the witness signature requirement and adds college IDs to the list of acceptable forms of identification.  As we witnessed this past election, many voters chose to vote no-excuse absentee voting.  It allowed for shorter lines on Election Day, for greater turnout, and for ease of access to the polls around people’s schedules.  Expanding no-excuse absentee voting in South Carolina going forward would benefit all voters.  These bills all remain in the Judiciary Committee. No hearings have been held or scheduled.

H3444 State Election Commission.  This bill seeks to change the composition and duties of the State Election Commission.  The bill provides for additional oversight by the commission of county boards of elections and voter registration, and seeks to standardized processes throughout the state’s various county boards.  This bill has been debated and moved from the House to the Senate and most recently back to the House with amendments.  It appears this bill will likely be signed into law.

H4162 Elections.  This bill seeks to add to the requirements for an absentee ballot by requiring additional voter information (date of birth, driver’s license numbers, photocopy of a form of ID).  In order to be found eligible to vote, an elections official shall compare the information in the absentee ballot application with the information on file with the county board of voter registration.  In my opinion, this bills seeks to fix a problem that does not exist.  The additional requirements are not necessary and make it more burdensome to cast an absentee ballot.  This bill was referred to the Judiciary Committee in April.

S113 Absentee Voting.  This bill seeks to prohibit a County Board of Voter Registration and Elections from starting in-person absentee voting more than 30 days before the day of an election.  It also sets forth that a qualified elector must be permitted to vote by absentee ballot in an election if the elector’s place of residence or polling place is located in an area subject to a state of emergency declared by the Governor and there are fewer than forty-six days remaining until the day of the election.   The bill further seeks to shorten the time period in which an absentee ballot may be returned by mail from fours day before the election to tens day before the election.  It also limits voters to authorizing only immediate family members to return an absentee ballot on the voter’s behalf, rather than any authorized person.  This bill was referred to subcommittee on March 12, 2021.

S129 State Election Commission.  This bill, very simply, seeks to have the Secretary of State take over the duties and responsibilities of the State Election Commission.  This bill was introduced by Senators Massey, Kimbrell, and Talley.  It is, in my opinion, a terrible idea.  It was referred to the Judiciary Committee in January and will remain there until next session.

H4255 Various Ballot Integrity Initiatives.  This bill proposes a number of (in my opinion, very unnecessary, expensive, and unconstitutional) requirements such as GPS devices on voting machines, video and audio surveillance for any election event, each poll worker to be equipped with a functioning body camera), a biennially audit of qualified electors, a system for voter registration cards with a photograph of the elector, and provides that violation of the rules contained in the statute would constitute a felony.  I find nothing of value in this proposed law, which is currently sitting in the House Judiciary Committee.

H4150 In-Person Absentee and Mail-In Absentee Voting.  This bill would provide for a fourteen day period of early voting, excluding Saturdays and Sundays prior to the general election.  However, the bill would also significantly reduce the permitted reasons for absentee voting.  This bill seeks to limit voting by mail.  This bill was referred to the Judiciary Committee.

H4320 and S0153:  Greenville County & Spartanburg County Voting Precincts.  These bills simply amended § 7-7-280 and 7-7-490 of the South Carolina Code of Laws to update the map number on which the names of the precincts may be found and maintained by the Revenue and Fiscal Affairs Office in Greenville, and to change the name of the Spartanburg High School voting precinct.  H4320 law was signed by Governor McMaster on May 19, 2021.  S0153 has been referred to the Spartanburg Delegation.

The challenge: Contact the specific committee chairs mentioned above or your representative or Senator (click here if you need to find out who they are and get contact information) immediately make your opposition to this bill heard. Most likely you will speak to an aide. Make sure they take your name and address. Also get their name. Ask them if they are getting a lot of calls on the issue. They may or may not tell you.

Tell us how you did:. On Facebook, Twitter or Instagram, post a comment on your experience with the #AdvocacyChallenge-Voting. If you had a particularly good response, you may want to share your specific “ask.” Or how you approached the call. We may highlight some on social media and use the experiences to encourage others to engage in a more personal and effective way with our elected officials.