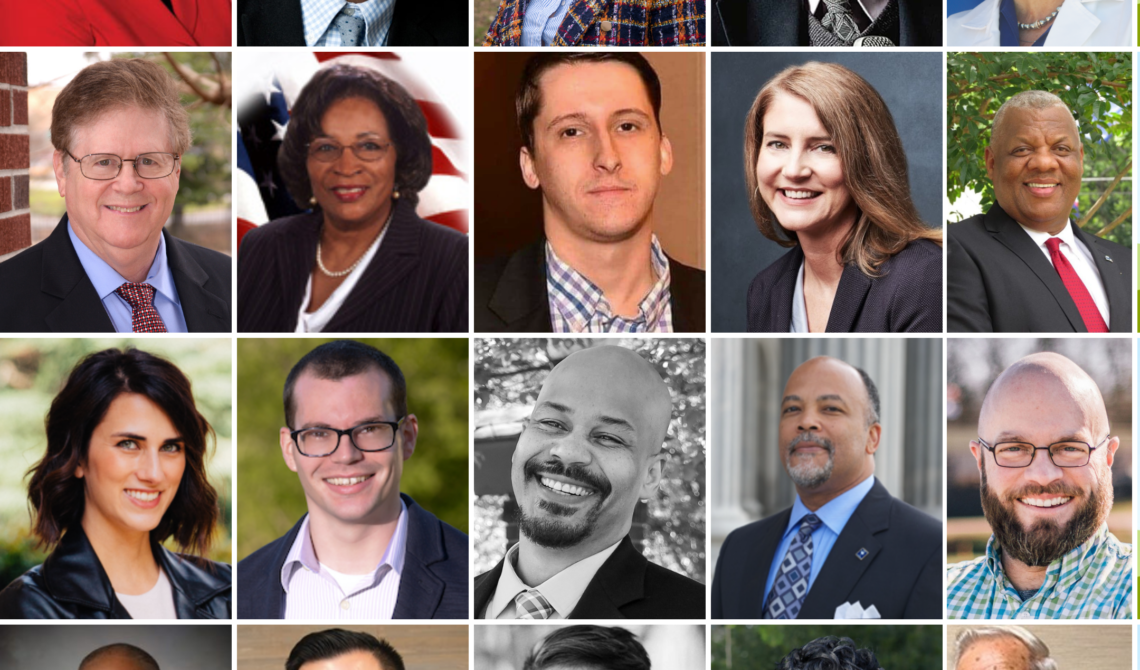 Republicans have excuses and blame for SC’s problems, Democrats have solutions

For the past eight weeks, we’ve been exploring the results delivered by the Republican-controlled political leadership of our state. Those results are – in a word – awful. And yet we continue to elect these same people year after year after year. Although national politics holds our attention in this election, it is state and local races that can make the biggest difference in our day-to-day lives. In this final coda to our series, we offer this analysis and encouragement to readers to vote down ballot, vote local. Everytime you ask yourself “how do we change this?” – whatever “this” is, the answer is always the same: Elect more Democrats!

It is often said that the definition of insanity is doing the same thing over and over again and expecting different results.  Well, welcome to South Carolina.

South Carolina has been governed by Republicans for decades – in some parts of the state for generations. Today, there is not one elected statewide federal or state official who is not a Republican.  The General Assembly is dominated by Republican majorities in both chambers.  The Greenville County Council is led by a Republican majority.  During this time, South Carolina has never crawled out of the basement on any major metric of societal success.  From education to GDP, the state languishes in the basement while other states, including our neighbors in Georgia and North Carolina, progress.

These failures have an effect on our political institutions as well since the only outcomes associated with one party rule – regardless of the party – are cronyism and corruption.

Our governor does his best imitation of the Commander-in-Chief by passing the buck on the pandemic to local officials so as to avoid responsibility and accountability.  Recommend mask wearing on a statewide basis to save lives?  Nope, let local officials take the political heat for that.

The South Carolina General Assembly, with Republican majorities in both chambers, was supposed to pass education reform before the election.  They could not come to an agreement on a final proposal even though they hold all the power.  Inept doesn’t begin to describe this failure.

It’s not enough, however, to assign blame for past and current failures.  It’s incumbent on both parties to offer responsible and common sense solutions to the real problems that face our country and state.  Republicans have spent the last 40 years telling us that, in essence, all government is bad – all the time.  Government can’t solve every problem, but it is a tool that should be used to address the real issues and concerns that people want fixed.

As the pandemic broadened with devastating economic consequences, a reckoning on racial injustice was taking place due to the deaths of Ahmaud Arbery, George Floyd, Rayshard Brooks, Daniel Prude, Breonna Taylor, and more.  As Coretta Scott King said so clearly, “Struggle is a never ending process. Freedom is never really won; you earn it and win it in every generation.”  Of our fellow citizens who have been laid low by coronavirus and economic hard times, it is people of color who have been hit the hardest.  It is the South Carolina Democratic Party’s Black Caucus that is working to earn it and win it in this generation.

Our fellow South Carolinians are worried about the coronavirus, health insurance and their jobs.  They want their kids to get a good education in a safe environment.  People want the ability to earn a fair wage, regardless of what they look like, the beliefs they hold or who they love.

South Carolina has had more than155,000 confirmed coronavirus cases resulting in 3,514 deaths.  Greenville County has had 15,126 cases and leads the state with 319 deaths.  The federal response to the pandemic has been a failure, pure and simple.  Senator Graham’s priority is to jam a Supreme Court nomination down the throat of the American people.  Instead, he should be working with members of both parties who want to extend a lifeline to our fellow citizens who are praying they get through the fall and winter.

Jaime Harrison is running to unseat Lindsey Graham in the U.S. Senate and perfectly summarized his common sense approach to fighting coronavirus in their first debate when he came prepared with his own plexiglass shield.

“Tonight I am taking this seriously,” Harrison said after sharing how the virus has impacted him personally. “That’s why I put this plexiglass up. Because it’s not just about me — it’s about the people in my life that I have to take care of as well. My two boys, my wife, my grandmother.”

Democrats believe in science.  Our candidates understand that the best way to get the economy back on its feet is to lower the number of coronavirus cases and deaths by wearing masks, social distancing and contact tracing.  We should have been doing this since March but with the lack of leadership in Washington and Columbia we are still stuck in the “first wave.”

Kim Nelson holds a Master’s Degree in Public Health and understands that health care is a basic human right.  She is running for Congress to bring her experience to all health care issues including the right of every woman to control her own body.  She understands that we have to reduce the disparity between the haves and have-nots based on color and economic status when it comes to health care and that the coronavirus has only made that gap worse.  She believes in common sense investments like seeing to it that broadband internet is available to all South Carolinians, so that those who live in our more rural area have access to the most basic health care.

There are 19 lawyers in the South Carolina State Senate.  If Dr. Dawn Bingham wins her race to represent District 12, she would be the only doctor.  Dawn is a practicing OB/GYN and believes that her experience would be particularly valuable in the State Senate in the middle of a pandemic and in a state where 14 counties have not one, single OB/GYN.

The Republican record on the economy and the disparity between those at the top and everybody else has been made worse by the mishandling of the pandemic.  The 50 richest Americans are worth almost $2 trillion, up about $400 billion from the start of 2020 and, according to the U.S. Federal Reserve, the top 1 percent have a net worth of $34 trillion while the poorest 50 percent – about 165 million people – have a net worth of $2 trillion, or just under 2 percent of all household wealth.

This is what that imbalance looks like in South Carolina:

How do we improve these numbers?  You go back to the basics – early childhood education and our schools.  The public school funding formula for South Carolina is 43 years old and has left us with a real urban/rural divide.  In communities where the tax base is strong, the schools are good.  In the economic backwaters of our state, of which there are too many, the schools don’t measure up.

Democrats currently serving in the General Assembly – Sen. Karl Allen, Reps. Chandra Dillard and Leola Robinson Simpson – have been fighting to make funding for early childhood development and education a priority.  These legislators know that starting salaries are too low and serve as a disincentive for attracting new teachers.  The fact that teacher salaries have not kept pace with inflation over the last 20 years inhibits our ability to retain those who have decided to teach in South Carolina.

One of the hallmarks of the United States military is the ethos that once a problem is identified, the unit – the team – works together to solve it.  Hao Wu  and Je’Varus Howard are both Army veterans who have decided to continue their service to our country by running for seats in the General Assembly.

Hao, an immigrant, understands that “education is a foundational right” and that public education should be fully funded and the disparities between schools, even in the same school district, should be eliminated.  Likewise, Je’Varus understands that education, income and the future success of our local businesses are connected and, in fact, build upon one another.

At the county level, Democrats are willing to do the basic “blocking and tackling” when it comes to guaranteeing that Greenville County is a thriving, livable and just community.  Current Greenville County Council members Xanthene Norris and Ennis Fant are counting on having two more like-minded colleagues joining them after the election.

Amanda McDougald Scott is all about “Getting Things Done.”  A serious day-to-day problem that affects Greenville County, and was true before the pandemic, is that it is the worst “childcare desert” in the state. Amanda has a plan to address this: Make childcare a priority in future infrastructure and growth plans; promote kindergarten readiness; and provide incentives to childcare providers.

Samantha Wallace will bring her experience as an entrepreneur, small business owner and mom to address the hot button issues facing Greenville County – an area that will have a 50 percent growth in population over the next 20 years.  She will work for smart growth that addresses our transportation, affordable housing and workforce development needs.  She will address the issues of transparency and accountability that have been lacking for too long in the day to day operations of the county.  Further, working with stakeholders in the community, she will insist that the internal county government employee policies will encourage and ensure diversity and inclusion in county operations.

Our nation, our state and our local communities face unprecedented health and economic problems because of the pandemic.  These problems have been made worse due to the inept and corrupt leadership at the top.

Our candidates want to tackle these issues and will do so based on facts, science and with a faith in our democratic institutions.  These problems are not insoluble.  It does, however, require us to change and chart a new course – one led by the Democratic Party.