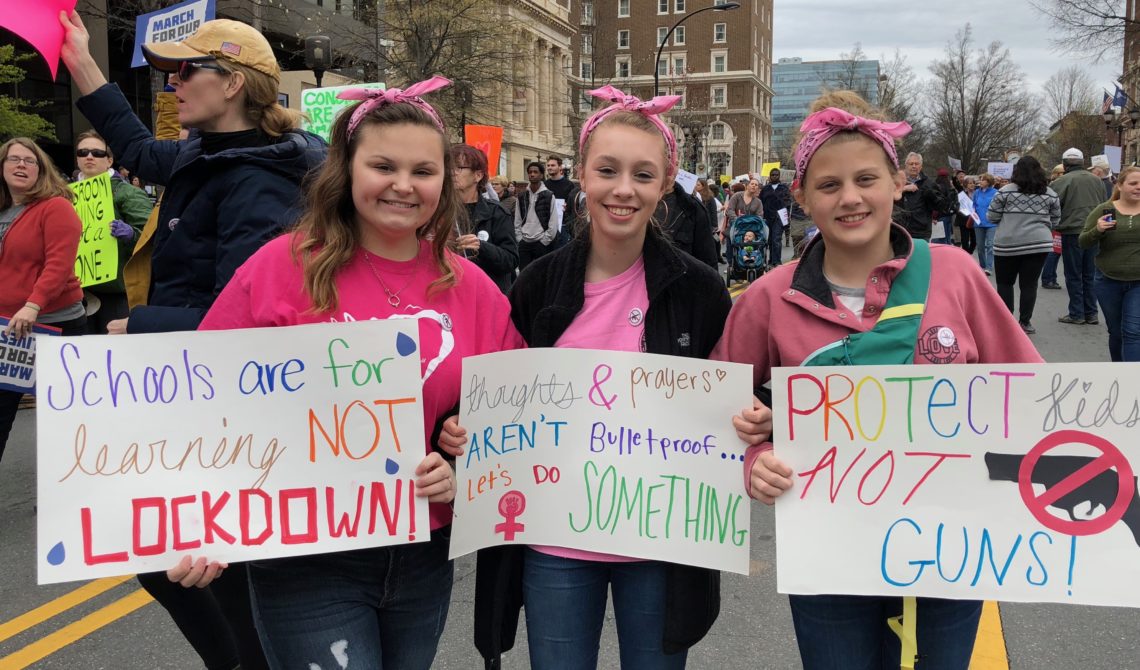 There was no concealing the message more than 2,000 protestors carried through the streets of Greenville on Saturday: Thoughts and prayers aren’t cutting it; the time has come for action on gun control.

“This is a piece of history that will ignite a movement,” he told The Greenville News.

Greenville marchers joined with demonstrators in 800 other cities across the US and the globe, including 800,000 who marched in Washington, D.C., to demand sensible gun controls including banning “weapons of war” like the AR-15 and AK-47, large capacity magazines, instituting universal background checks, and closing loopholes for gun shows and time limits for permit approval.

Heard from the podium:

“Thoughts and prayers are hallow gestures and they mean nothing without action.”

“I am not a puppet of the left. No one is putting words in my mouth. My words do not need adults to write them.”

“We will register to vote and we will vote. Welcome to the revolution.”

“Make today the day we take our next step to a reformed and rebuilt America.”

“Welcome to the movement.”

An emotional rendition of “Shine”, an anthem written by Stoneman Douglas students, concluded the rally with this message: 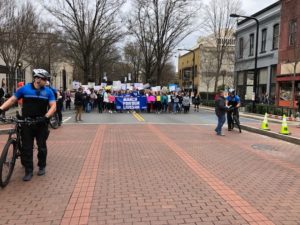 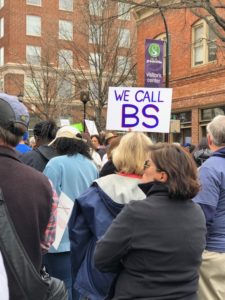 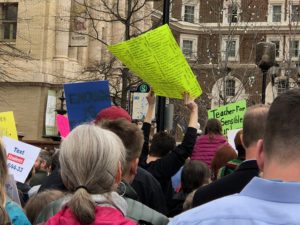 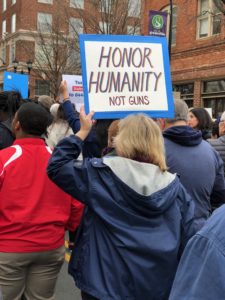 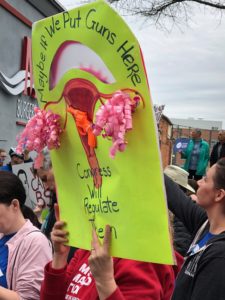 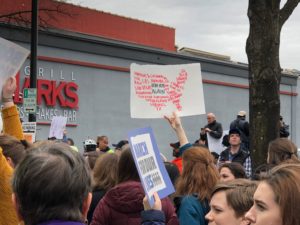 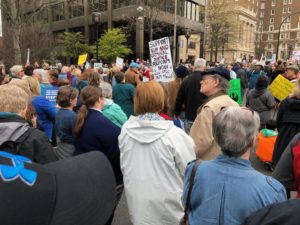 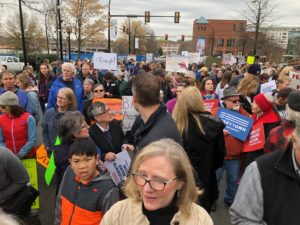 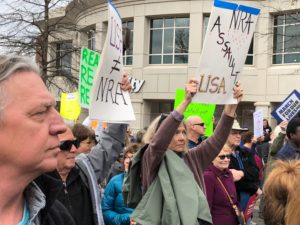 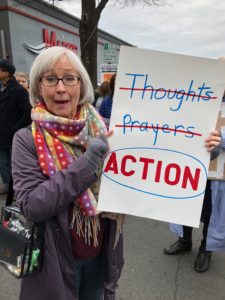 Kate Franch, chair of the Democratic Party of Greenville County 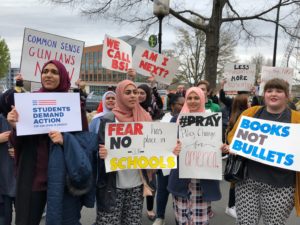 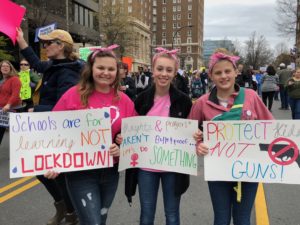 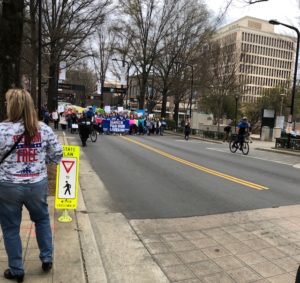 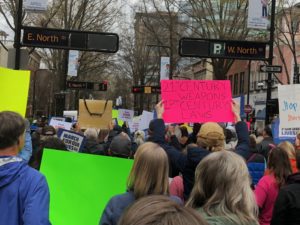 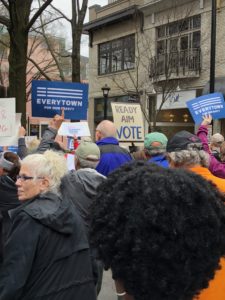 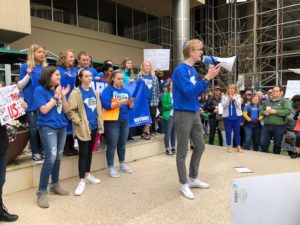 Avi Goldstein-Mittag, 20, rallies a crowd of more than 2,000 protestors. 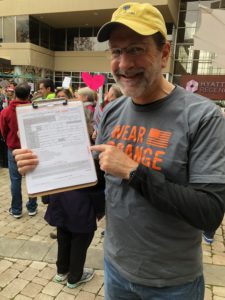 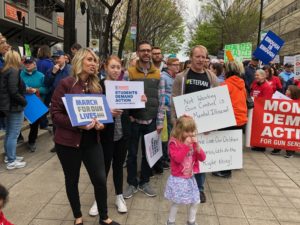 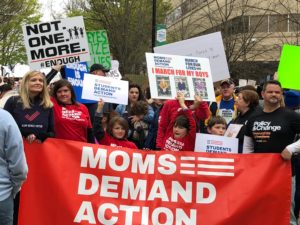 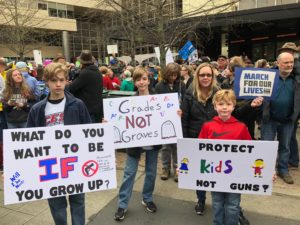 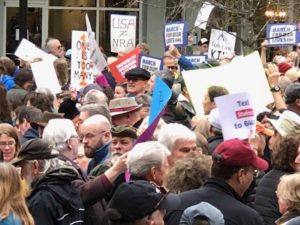 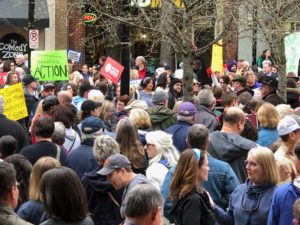 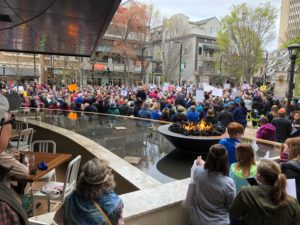 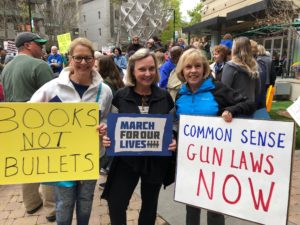 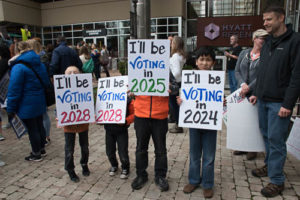 Help us continue to support activism and action by making a much-needed donation or volunteering to join us!