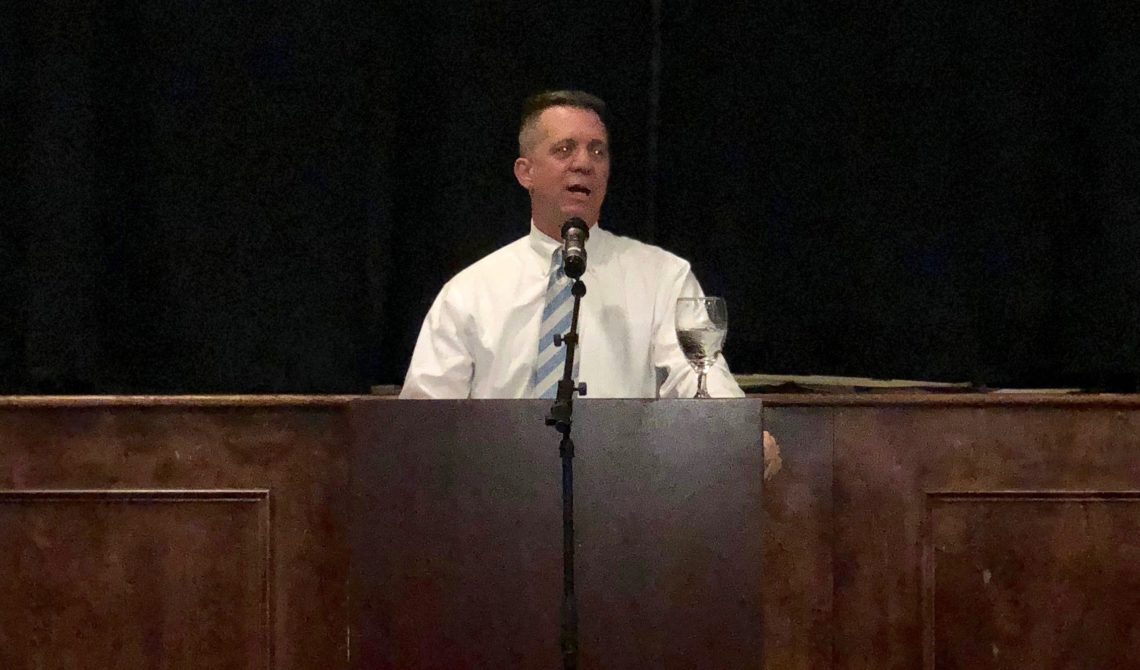 Rep. James Smith brought his “service above self” message to Greenville on Jan. 8 when he addressed the monthly luncheon of the Democratic Women of Greenville County.

Introduced by the group’s president, Linda Hardman, as a “true patriot”, the 50-year-old state representative from Columbia outlined his background as an attorney, a JAG lawyer in the SC National Guard, and after 9-11, a US Army infantry officer who did a 12-month combat tour in Afghanistan. 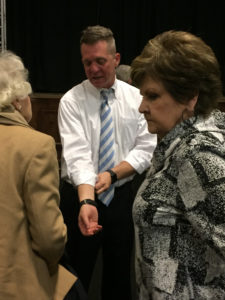 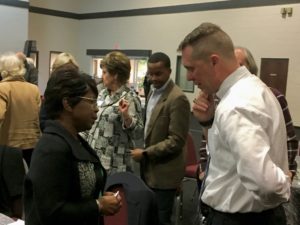 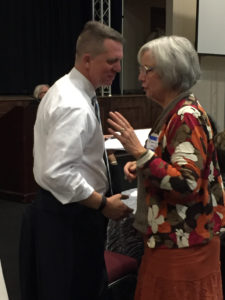 “My parents raised me to believe in service,” Smith said. “To be fundamentally focused on people other than ourselves. That’s what I believe public service is all about and what I have tried to do with my time in the (state)House.”

Moved by a visit to Ground Zero, Smith was called to service again at the age of 37, resigning his commission and re-enlisting in the US Army. Embarking on basic training, he said, the drill sergeants “tried to do everything they could to get me out of there the first day,” but he persisted. “I didn’t have any quit in me,” he recalled and is proud that after a year of combat, his nine-man squad, some with Purple Hearts, all made it home.

In his time as a state rep, Smith said he has passed “50-60 major pieces of legislation.” Keying in on a few major issues, Smith talked about education, healthcare, and energy.

Addressing to key issues of energy and education, he’s proposed an initiative to invest in solar power for all schools, “take the savings from that and put it right back into the classroom to support teachers.” It’s a significant savings and “it will teach our kids the value of investments in renewable energy.”

“We are 15-20 years behind neighboring states” in energy. Smith says his initiative would put $2 billion into schools and create 3,000 jobs statewide.

Smith spoke about healthcare challenges, particularly for working families. The state has refused the expansion of Medicaid for the past 6-7 years, he says, leaving $2 billion a year and 40,000 jobs on the table. “This makes no sense for those who are supposed to be fiscally responsible conservatives. It’s just not smart and it’s not doing the right things to move our state forward.” As governor, Smith vowed he would expand Medicaid.

Smith kept his stump speech short and took many questions from the audience on senior citizens, women’s healthcare and reproductive rights, leadership, ethics, workplace rights, and the “strength of diversity.” In response to a question about LGBTQ rights, Smith said he was “proud of my son, who just got married to his husband a little more than a year ago… I know that he stands on the shoulders of many others who fought these battles before him.”

After closing the Q&A, Smith stayed and spoke with each person who approached him. He was the next to last person to leave the venue, promising: “I’ll be here a lot.”