Home » Blog » The Briefing » 4th of July: Honor their service with our actions 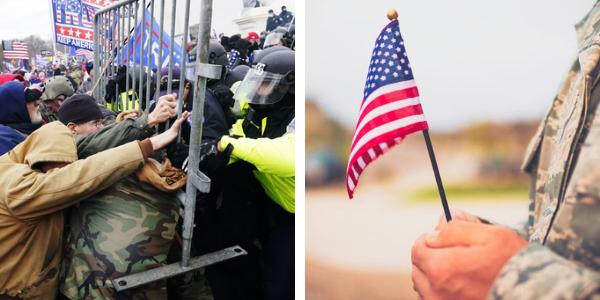 4th of July: Honor their service with our actions

Every two weeks, the GCDP publishes an update on activities in the Upstate, Columbia and Washington that are of interest to Greenville Democrats. Each briefing leads off with an opening salvo that sets the tone. This is from the July 5 edition. Read the full Briefing | subscribe and never miss an issue.

This weekend we all flew the flag, pledged allegiance with our hands over our hearts, and thanked every service- or law enforcement member for their service. That’s all important and, for the most part, we all mean it. We feel it when our throats tighten as we listen to the national anthem or as we watch moving memorials at national cemeteries.

Our democracy is not easy. It is a difficult task the founders set for us. It requires us to be thoughtful and steadfast, well informed about current affairs and able to reject spin and critically separate the BS from reality. It is hard. How many of us can stand up and defend the right of a protest group to burn the flag, a classic example of free speech? Or the rights of white nationalists to march down city streets?

Our politics presents other challenges to our understanding of democracy. The head-spinning contradiction machine that is the Republican Party makes it hard to fathom the foundations that they stand on.

If we truly want to honor the service of generations of American men and women who fought first for our freedom and later to protect democracy at home and across the world, then there would be no better way than to commit ourselves to getting to the source of the 1/6 attack. It was not ‘just another tour group’, it was not just a mob, or even a riot. It was an assault on democracy whose goal was to stop the certification of 156 million American votes and stop the transfer of power to the people’s choice.

Looking for political or process reasons not to support a fully independent bipartisan commission, guaranteed a partisan process would be implemented.And Republicans knew that. They wanted that so they could disavow its findings as “a witch hunt” and “fake news.”

Imagine if after 9/11, we were content to have arrested the terrorists who flew the planes without ever wondering who planned the attack, how they communicated and organized the attack, how they were able to get dozens of terrorists inside the country, why federal agencies didn’t have any clue about this and if they did why they didn’t share it with other agencies. Had that been our approach, there would have been many more successful attacks on US soil.

In this attack on our democracy, we can’t look away. The investigation may reveal some unpleasant truths for Republicans. But that’s the price they must pay to live by the oath they take.

Elected officials share something in common with our service members and federal law enforcement. Although their oaths may vary slightly, this section is central to them all:

I will “support and defend the Constitution of the United States against all enemies, foreign and domestic, that I will bear true faith and allegiance to the same: … that I take this obligation freely, without any mental reservation or purpose of evasion…”

As native born American citizens, you and I do not ever swear this oath. And perhaps we should. But you know who does? Immigrants who accept the hard work of attaining citizenship and then swear to protect their adopted country and its very demanding Constitution. (See the item below on the stories of naturalized citizens).

Democracy is hard. And we have to work at understanding – and living up to – of the requirements of citizenship that immigrants do. Even if we don’t ever have to say the words.

As a reminder: the GCDP will help anyone who has trouble scheduling their vaccine. Just call our office at 864-232-5531 and we will have a volunteer call you back and get an appointment made. We’ll even find you a ride to the shot, if you need one.