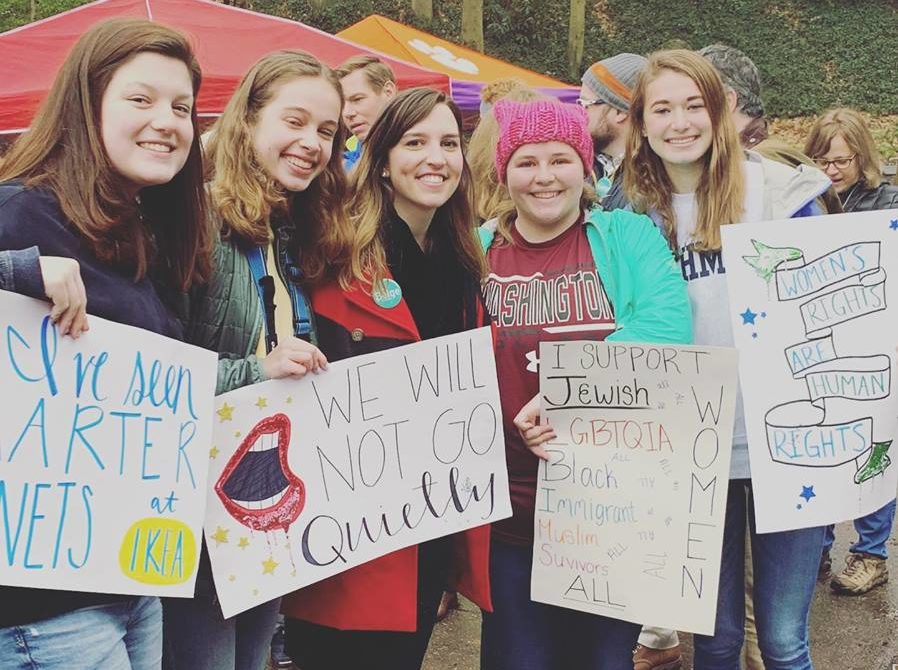 Tina Belge is on a mission to do good

Tina Belge is running for Senate District 6 – for the seat vacated by now Congressman William Timmons. What makes Tina tick? Public service. What makes Tina run? The desire to do better for the entire community.

I’m a few minutes early at the agreed-upon meeting place – a local coffee shop – so I’m already settled inside when I see Tina Belge arrive. She exchanges cars and a child with her husband in the parking lot. She’s returning from an event in Columbia, and like many working moms, her life is filled with scheduling conflicts, work/life compromises, and childcare challenges that require handoffs in parking lots. Unlike other working moms, Tina Belge is running in the March 26thspecial election for the South Carolina District 6 State Senate seat vacated by William Timmons. This adds an additional layer of complexity to her already busy life. But that’s OK, because Tina Belge can handle complexity. In fact, she seems to relish it.

Introductions out of the way, I make a decision: Rather than lobbing a few softballs to warm up the candidate, I cut to the chase and bring up how poorly Democrats have performed in District 6. Republicans have dominated, more often than not running unopposed, and winning handily even when a Democrat has run against them. Tina Belge doesn’t appear at all dismayed. In fact, she sees this election as a perfect time to run for office, saying that the Democrats “can’t afford notto run.”

She was inspired, she says, by James Smith’s strong performance in the district in his unsuccessful 2018 gubernatorial bid. Republicans’ big vote totals are “irrelevant,” she says, and she intends to prove it in March by driving voter turnout. I don’t have to ask how she plans to do this. I’ve already looked at her schedule, which is packed with events that put her out in front of voters. I know about the network of volunteers who are canvassing and phone banking on her behalf. I’ve perused her web site, which is professional and loaded with information about her, the campaign, and where she stands on the big issues confronting South Carolinians.

Don’t take my word for it. Make even a cursory effort to learn about her, and it’s easy to conclude that Tina Belge is a woman who is destined to have an impact on her community.

Political activism is in her DNA; she’s been “dreaming about a career in politics” for as long as she can remember. Blushing just a little, she adds that she was “the middle-class kid who believed that anyone could grow up to be president.” Tina attributes this, at least in part, to the fact that politics was a frequent topic of dinner-table conversation, and usually through a conservative lens. More often than not, Tina and her libertarian father watched and discussed the evening news. Her mother, whose politics are more in line with the Tea Party, cultivated her awareness of opportunities to serve the community. 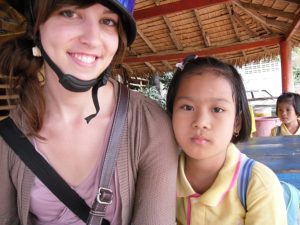 Exposure to different ideas at home and at school fueled Tina’s evolution to a more liberal viewpoint. She attributes her strong sense of empathy to growing up with a twin sister, which gave her deep insights into another individual’s needs and thoughts. At the same time, she recalls chafing in the conformist atmosphere of the private school she attended until middle school, noting that she often got into trouble by questioning authority.

She thrived intellectually in a more diverse public-school environment and followed a passion for debate into a deeper understanding of complex policy issues. She remembers “crying for the state of the nation” when the US invaded Iraq in 2003, and thinking that the country had turned a pivotal corner when it elected Barack Obama in 2008. (She regrets to this day that she was two days too young to vote in that election.)

Tina is deeply involved in a number of social causes in Greenville County, with her work as a long-range planner in the county government’s Planning Department, but also through a variety of volunteer work, including United Way, and as executive director of the Keep Greenville County Beautiful non-profit. As third vice chair of the Greenville County Democratic Party leadership team, she initially tried to recruit candidates to run for the District 6 seat, but everyone she pitched seemed to have a reason not to run. Despite the many irons she herself has in the fire, Tina eventually had the ultimate, “Why not me?” moment.

And why not Tina? She exudes tenacity, creativity, and a confidence that comes from hard work and real-world experience. She worked three jobs to pay her own way through Georgia Southern University, and even briefly found herself receiving public assistance to make ends meet. She’s got an impressive record of public service on her resume, including internships in local (Gwinnett County, GA) and national (US Congress) politics and two stints with AmeriCorps after graduation. She recently completed a Masters Degree in Community and Economic Development at UNC-Chapel Hill, giving her impressive and applicable educational chops. And then there’s Samantha. “My daughter,” Tina says, “is the main reason why I’m doing this. When I think of her future, I want South Carolina to be where it needs to be.” 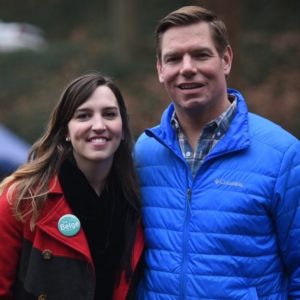 Tina with Rep. Eric Swalwell of California at this year’s Women’s March. Rep. Swalwell also attended a fundraiser for Tina that weekend.

Exactly where South Carolina “needs to be” is not Tina Belge code for a far-left utopian welfare state. No matter which issue you raise with Tina – whether it’s education or the economy, road improvement, healthcare, or the environment – you’ll get knowledgeable commentary on the state’s reality vs. its potential, with a consistent vision for improving the lives of everyday South Carolinians.

She’ll be the first to tell you she’s not talking about “redistribution” – one of the Republicans’ favorite buzzwords to paint Democrats as crazy radicals who want to take all of your hard-earned money. In fact, her repeated emphasis on the “free market” and “equitable” economic policies makes her sound a lot like a pragmatist who understands how many issues are interconnected.

If, for example, the subject is the local economy, Tina will quickly point out the inequity of big corporations receiving millions of dollars in incentives to locate in the Upstate, while the small businesses that employ 80 percent of working South Carolinians receive almost none. This leads to a few quick points about investing in post-high school training to help more people acquire the skills to fill the state’s surplus of technical jobs. Which leads to comments on the need to think more strategically about getting working people to their jobs via public transportation.

Or look at the boom in residential construction in and around Greenville, and the higher prices and rents that have come with it. Despite the obvious prosperity, Tina points out, the county has “one of the lowest rates of upward mobility in the United States.” In other words, a lot of Greenvillians are worse-offeconomically than their parents. They are being left behind by the boom.

While the median household income in Greenville is about $50,000, Tina says, for many of the communities that comprise her district that figure is closer to $20,000. “Greenville County has a deficit of 9500 affordable housing units,” Tina says, pointing out that state laws make it virtually impossible for a local jurisdiction to designate a percentage of construction as affordable. To this point she adds, “I believe in smaller government, in the ability of local governments to decide issues like this one over what state law says.”

These are important parts of Tina’s platform. The common denominator is that all of them focus on finding ways to make everyday life better and more prosperous for the people of Greenville.

Nearly two hours have passed since I spotted Tina Belge in the parking lot, and it’s gone by in a blur. We’ve kept the conversation at a fairly high altitude, but gotten down into the weeds on a few subjects that are dear to the candidate.

But now it’s getting late, she’s had a long day, and she needs to get home to her husband, child, and two dogs. Plus, in addition to her day job, there are more campaign events, more meetings, more opportunities to meet voters and convince them to come out on March 26thand vote for a candidate who has accomplished a lot in a short time.

She says she’s “not afraid of losing,” but she’s pretty sure she’s going to win. Because Tina Belge is on a mission to do good.