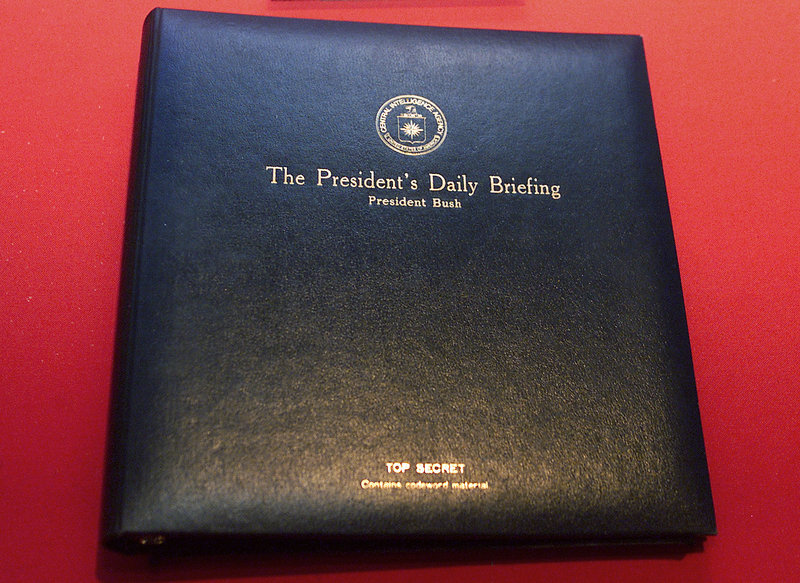 Mike Roosevelt, a volunteer with the GCDP, is a retired former employee of the Central Intelligence Agency. In his capacity as an analyst, Mike spent a few months briefing then-Vice President-elect Joe Biden on the President’s Daily Brief (PDB). This is a personal, and non-classified, piece on Mike’s time with and impressions of Joe Biden.

In October 2008, I was selected to be the intelligence briefer for the next vice president. As a 23-year CIA veteran, the challenge of the new assignment didn’t faze me. What did concern me was that I would be providing daily classified updates either to Joe Biden, the longtime Chair of the Senate Foreign Relations Committee who had traveled all over the world on behalf of the US government and was on a first-name basis with dozens of world leaders, or to Sarah Palin, who seemed to believe that she could see Russia from her back porch. My boss thought that this was hysterically funny; I did not see the humor in my situation.

On election night, I had two suitcases packed. One was for Wilmington, DE; the other was full of boots, scarves, and insulated socks and gloves in the event I ended up in Wasilla, AK. Fortunately for everyone, I found myself sitting in Joe Biden’s Wilmington home office one week after the election.

After introducing myself, I quickly summarized the contents of the President’s Daily Brief, or PDB. He devoured the contents of the book, as well as the extra bits of intelligence reporting that I’d included for him. When we were done, he thanked me for the briefing, leaned quickly forward in his chair, slapped me hard on the knee, and exclaimed, “Hey man, you’re my guy!”

That first briefing set the tone for the next three months. I’d show up at the VP-elect’s home or at the transition office in downtown Washington. If we were in Wilmington, I could expect to be greeted at the front door by the man himself, usually given a bear hug or a shoulder punch, and always offered a cup of coffee. We’d move to the office and get to work, spending up to 90 minutes on the ins and outs of foreign intelligence. He asked a lot of questions, which I’d relay back to the subject matter experts at headquarters. He spoke fluently about US foreign policy, our national interests, and the range of challenges that the country faced.

During the time I spent with Joe Biden, I observed several things about him. The one that almost literally jumped out at me was that he was the most genuine elected official I’d ever met. He’s a natural politician who derives energy from other people, with boundless enthusiasm for the opportunities to do good that governance offers. He asked me hard questions, the kind I would never dream of answering off the cuff (a briefing no-no), and he wasn’t afraid to question the foreign policy status quo on some high-profile issues. As the most experienced foreign policy hand in the Obama administration, he was entrusted with responsibility for the most vexing foreign policy issues of the day: Afghanistan, Iraq, Syria, Venezuela.

My last briefing for Joe Biden was the day after Inauguration. I arrived early at the official residence at the Naval Observatory, and I could hear the unmistakable sounds of the Vice President and Dr. Biden playing with their grandchildren, who’d done a sleepover the night before. It sounded like a lot more fun than an intelligence briefing, but at the appointed hour Joe Biden appeared. We did the briefing in the limo, sirens blaring, zigzagging at 90 mph down the Rock Creek Parkway to the White House compound, with the newly minted Vice President balancing the PDB in one hand and holding an uncovered cup of coffee in the other.

He didn’t spill a drop.