Home » Blog » Climate Change » This or This?: Coal plants are back on the front burner 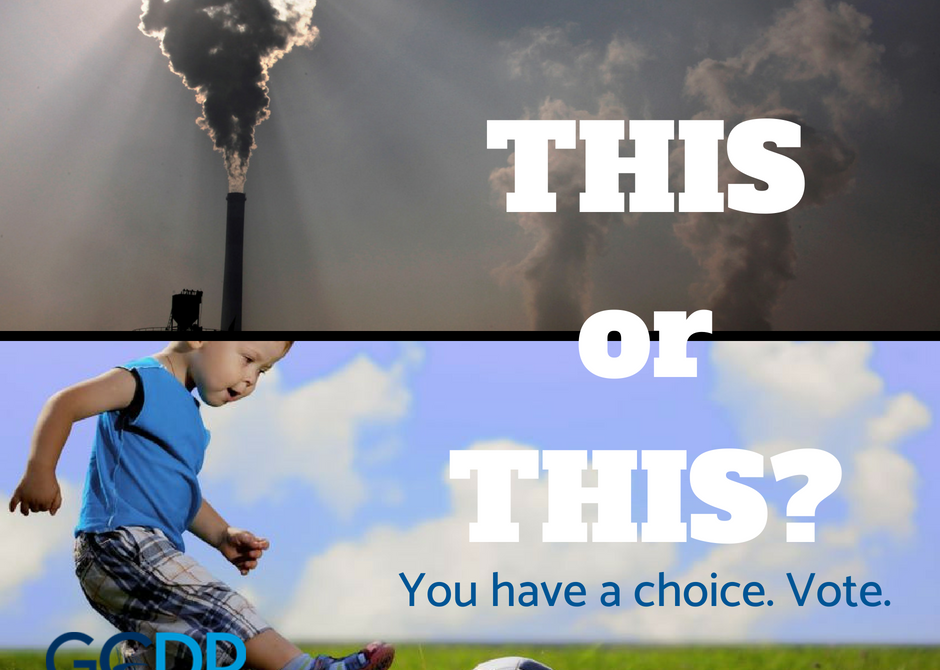 This or This?: Coal plants are back on the front burner

“This or This?” Is a series of posts on policy issues to draw the clear differences between the Republican administration and Democrats. This first entry is on the new proposal to increase coal-burning in the US. What do Democrats stand for: Clean air, healthy families, and investing in the future not the past.

Issue: The Trump Administration has issued a proposed rule to eliminate the Obama Clean Power Plan and replace it with a new Affordable Clean Energy Plan that would allow states to set acceptable levels of emissions for themselves. The end result would be that some 16 states would be able to keep coal burning facilities operational, rather than being required to meet higher emission standards. That would mean shuttering older facilities in favor of new energy technologies: natural gas, solar and wind.

The administration touts this as state’s rights issue, but the air is shared by all of us. Polluted air blows across borders. The health effects will not be contained within the borders of an individual state.

Health
The EPA’s own analysis anticipates that 1,400 more premature deaths per year are expected with this plan. Taken with the 1,500-3,600 lives expected to be saved by the Obama-era regulations, as projected by the EPA, that’s a net of as many as 5,000 more Americans dying prematurely every year.

Many of those deaths will be children. There’s no competing science about this: coal-burning emission particulates are five times more damaging than other “pollutants”, according to a National Institutes of Health Study.

Even Fox News in 2012 wrote: “Will our policy-makers continue to crow for coal as more children die from asthma.”

Proponents of the new rule call it an effort to save the “flagging US coal industry.” The US coal industry is not suffering because of the Clean Power Act, which is so tied up in GOP-brought court cases it has yet to go into effect. The US coal industry has been “flagging” since its heyday in the late 1920s. Energy companies have found alternatives like natural gas that are cleaner to use and cheaper to mine. The fracking process that releases natural gas from the earth cannot be used with coal mining. So most coal companies have dropped coal mining in favor of fracking, and new technologies of solar and wind. South Carolina has a growing solar industry.

Many of these new energy approaches are favored because they are not labor intensive, but technology driven. The 50,000 coal miners in the US will still not benefit as the energy companies themselves move away from coal.

Coal miners and plant workers would be better served by supporting approaches by Democrats that favor retraining and skills development over artificially propping up a dying industry.

Even climate change deniers, can’t deny the health effects of polluted air. The  proposed plan is expected to release 12 times the amount of carbon dioxide into the atmosphere. The Clean Power Plan (Obama) would have reduced carbon dioxide by 365 million tons — the equivalent of taking 75 million cars off the road.

Bottom Line: Your choice is between the GOP policy to roll back years of health and environmental improvement, accepting the premature deaths of 6,000 more Americans each year and risking the health of tens of thousands of children with asthma and related conditions to prop up a failing technology that most energy companies don’t want to return to anyway? Or the Democratic approach to to move forward, retrain coal workers to build futures in new industries, secure a sustainable energy future, protecting the lives and futures of tens of thousands of children and miners.

The choice is yours. You make it when you vote on November 6.