Home » Blog » Voting » The security of your absentee ballot 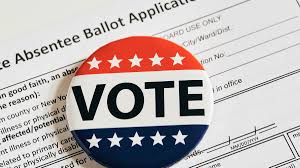 The security of your absentee ballot

We have all heard it. The constant railing against mail-in voting, the fear-mongering about rigged elections, massive fraud, and, of course, the efforts by the administration to hog-tie the Postal Service at a critical time. All at the same time that Democrats are trying hard to get the COVID exemption for absentee voting extending to all South Carolinians for the November election.

So, we went to the source – Greenville County Election Director Conway Belangia – to get his take on election security. Belangia has been in charge of Greenville County elections for 26 years, and he prides himself on running thorough, fair, free elections. In 2018, Belangia was recognized with the Moore Award from the South Carolina Association of Registration and Election Officials for exemplifying the spirit of the organization through “continued unselfish giving of time and effort to make the Association a more educated, concerned group that promotes training and education in voter registration and election administration.”

The first thing we asked Conway to explain was the security steps around mail-in absentee voting. Can any of these things that are being tossed around actually happen?

APPLYING FOR AN ABSENTEE BALLOT

You must apply for an absentee ballot. You can do this online at www.votebluesc.com or by calling the election office at 864-467-7264 or emailing absentee@greenvillecounty.org. You’ll want to include your address, date of birth, phone number, and the reason for voting absentee.

Before you mail in the application be certain you really want to vote absentee by mail. Once your absentee ballot has been mailed to you, you cannot vote absentee in person or at the polls on Election Day.

Conway says absentee ballots will start being mailed out around September 24. Allow about a week and if you haven’t received your absentee ballot by the first few days of October, contact the Election Office.

When you receive your ballot, complete it and mail it back as early as you can. High turnout is expected – and hoped for – so it’s important that the Election Office get  a steady stream of incoming ballots rather than a flood within a week to 10 days of the election. The ballot currently requires a witness signature. “We’ve been requesting the Legislature remove that,” Conway explained, “because it serves no useful purpose.” That will be one of the Election-related items under consideration when the Legislature returns to wrap up it’s session in September.

You can also return your ballot in person by taking it to the Election Office at County Square. If you are dropping off your ballot and that of another person (spouse, parent, etc) or you are asking someone else to return your ballot, you both must complete the yellow form included with the ballot. Security Check #3. This check on the return of absentee ballots in person is one reason why Conway is opposed to drop boxes.

Security check #4, when your ballot is received, the signature on the back of the envelope is checked against the signature in the voter file by Election Office personnel. “We are not handwriting experts,” admits Conway, “but we have some things we look for.” If a signature is missing or there’s a question about it, election office staff will try to contact the voter to see how to rectify the issue. “With the kind of volume we’re expecting,” Conway says, “the only time we’ll be able to do that is for ballots received 3-4 weeks before Election Day. Within two weeks, contacting individual voters is unrealistic.” If you forget to sign the ballot envelope and the ballot is received inside that two-week window, your ballot will go in the “Do Not Count” box.

Under law, absentee ballots cannot be opened until the morning of Election Day. The Election Commission has asked for permission from the Legislature to start getting those ballots ready to be counted at least the day before.

Whether that is approved or not, the process will be the same:

With as many as 40,000 absentee ballots possible in November, Conway knows it’s going to be a long night and fears that the counting of ballots could run into the early morning Wednesday or beyond.

Unlike many others, Conway is not concerned about lapses in Postal Service impacting the election. Conway praises the Postal Service’s efforts during the June primary. “ They worked their butts off,” he says, including some post offices hand delivering ballots to the Election Office on Primary Day. “They understand,” he says, “they are part of the process.”

Still, he suggest making sure you have mailed your ballot back a week before Election Day. And don’t wait until the week before the election to request your absentee ballot. By law, the office is required to mail ballots out until 5 p.m. the Friday before the election. But, Conway notes, in reality “the ballot is probably not going to make it to the voter and back to us by the close of the polls on Tuesday.” Remember, once your ballot has been mailed to you, you will not be allowed to vote in person absentee, or in person at the polls.

The public press for drop boxes is an area of concern for Conway, who says state law prohibits them. Some counties have said they intend to use drop boxes under a “pandemic law” exception. Conway, however, is not down with that.

“We have the laws there to protect the vote,” he says, citing the restrictions on returning ballots is what guards against the harvesting of ballots (the issue that resulted in North Carolina’s 9th congressional district result being overturned in 2018). “Drop boxes are not part of that process.”