Home » Blog » Economy » The Republican Record: On the economy 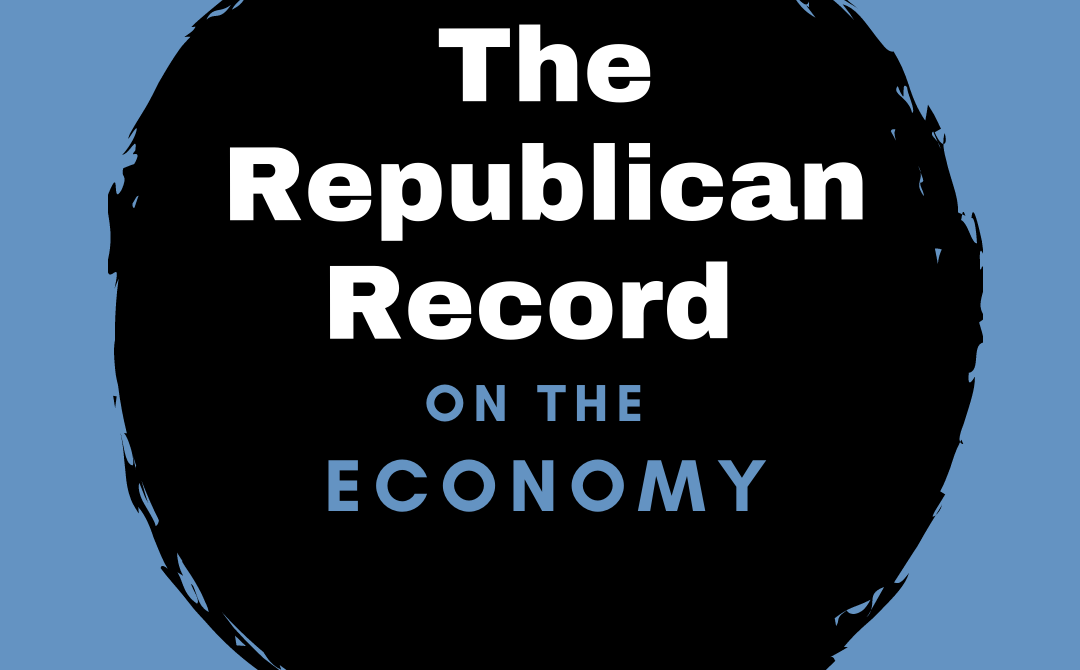 The Republican Record: On the economy

A failure to plan for the future, leaves SC stuck in the past

South Carolina has been governed by Republicans for decades – in some parts of the state  for generations. In that time, the state has never crawled out of the basement on any major metric of governmental success. From education to GDP, the state languishes in the basement while other states, including Georgia, Florida, and North Carolina, progress. For the next eight weeks, we’ll explore The Republican Record, what exactly South Carolina has gotten from our Republican governance – and why we can and should demand better.

Even before Covid-19, South Carolina was doing worse than the rest of the country, particularly compared to the neighboring states of North Carolina and Georgia– states that South Carolina competes with for the investment dollars that drive job creation.

Real state per capita Gross Domestic Product (GDP) is a measurement of economic wealth per person in a given state. South Carolina ranks 45th out of 50 states and below our neighboring states. Infrastructure is a critical factor in a state’s economic success, from the quality of roads and bridges to the availability of internet access and public transportation. Again, South Carolina falls in the bottom third of states on measurements of energy, internet access and transportation ­– South Carolina ranks 36th out of 50, significantly lower than Georgia and North Carolina, 17th and 18th respectively. In only one measurement of infrastructure is South Carolina ranked ahead (23rd) of one of our neighboring states and that is North Carolina (31st) as it relates to energy which tracks the reliability of power grids, renewable energy consumption and the price of electricity.

When it comes to transportation, it is no secret that South Carolina’s roads are some of the worst in the country. In fact, ConsumerAffairs ranked South Carolina as the very worst state in the U.S. The next worst neighboring state was Georgia and it ranked 20 states higher than South Carolina. It’s not just our interstate system that’s an issue; South Carolina has the most dangerous rural road system in the country, as well.

It was just three years ago that the Republican-led General Assembly approved an increase in the state’s gas tax that it hopes will stem 30 years of Republican-led neglect of the state’s highway system. Even with that, South Carolina still has the 40th lowest gas tax in the country with the 22nd highest number of annual miles traveled by driver.

Greenville County is experiencing significant growth and the increase in traffic is straining the ability of people to move from point to point within the county. More cars, however, cannot be the only answer to growth and sprawl. Until very recently, Greenville County has not provided the planning, and the funding that goes along with it, for a reliable transit system. Again, some steps have been taken to improve the transit system. A recent study, however, showed the county was behind on all measures when it came to its transit system. It badly trailed Charleston, Columbia, Greensboro, NC, Chattanooga, TN, and other peer cities in the Southeast in ridership per capita. There were fewer riders because there were fewer buses, fewer routes and an overall lack of service.

South Carolina’s number one industry – agriculture – was also on the ropes before coronavirus. Agriculture in South Carolina employs nearly 250,000 people and is valued at $46 billion annually. Family farms are usually defined as any farm where the majority of the business is owned by the operator and his or her relatives. By the end of last year family farm bankruptcies nationally had increased for five consecutive quarters. In South Carolina, there were 10 family farm bankruptcies in 2019 which was the highest number in 10 years.

Adding to woes faced by farmers and manufacturers is the America First-America Alone economic policy of the Trump Administration. International companies employ 145,500 South Carolinians. There are 773 international companies in the state and include some of the world’s most recognized names like Michelin. BMW, Bosch, Philips and Nestle. The inconsistent Trump trade and tariff policies have cost American jobs and exports, particularly in the auto industry. Tariffs have caused manufacturers like Ford to expand in China rather than pay the Trump tariffs to continue to build in the U.S. BMW is the nation’s largest auto exporter and it has made clear that future investments and jobs in South Carolina are at risk if the Trump tariffs undermine its competitive position.

Further, the 2017 Trump tax cuts, with the full support of the then-Republican Congress,  Rather than investing in expanding or building new facilities, corporations used their tax savings to buy back stock which only enriched stockholders and senior executives.

So, instead of spending on infrastructure and making education and health care more affordable or otherwise growing the economy, the Republican tax cuts simply increased the federal deficit. Instead of saving for the inevitable rainy day, Republicans squandered all the hard work that had been done the previous decade. The result of this failure of leadership on the economy – at both the state and national level – coupled with the complete failure to address the pandemic, will have far reaching effects on the nation’s economic future.

It is imperative to provide support today for American workers and families with needed stimulus. There will, however, be a budgetary day of reckoning. The Congressional Budget Office (CBO) has indicated that debt will eclipse the size of the economy next year, growing from 79 percent of GDP in 2019 to 104 percent in 2021. Deficits through 2030 will be $2.1 trillion higher than estimated prior to the pandemic. All major trust funds will exhaust their reserves within the next 11 years including the Highway Trust Fund, Medicare Hospital Insurance and Social Security Disability Insurance. The Social Security retirement program will be wiped out by 2031.

What do all of these numbers and statistics show? At the national level, it brings into clear view the unalterable – and misguided – Republican belief that all economic problems can be solved with tax cuts to the wealthiest individuals and corporations among us. If you’re well off and play in the stock market, life is pretty good even in the age of coronavirus. If you are assembling a car, own a family farm or just trying to get an education in a small town in the middle of the state, you’re nervous about the future.

What do these numbers say about South Carolina? The numbers show a lack of foresight and vision for what the state could be. In terms of essential infrastructure – highways, internet, transit and almost any metric you can find – South Carolina is near the bottom because we haven’t planned for the future.

Let’s look at one more measurement and one that is tied to our future. Venture capital is a type of financing that investors provide to startup companies and small businesses that are believed to have long-term growth potential. For companies that are new, venture capital is becoming an essential source for raising capital.

It is the tool for entrepreneurs to establish themselves and grow into profitable and sustainable businesses. These are the businesses and jobs of the future. Again, South Carolina is pulling up the rear compared to other states in the Southeast. It reflects a decades-long pattern and an inability to look down the road 20 years from now.