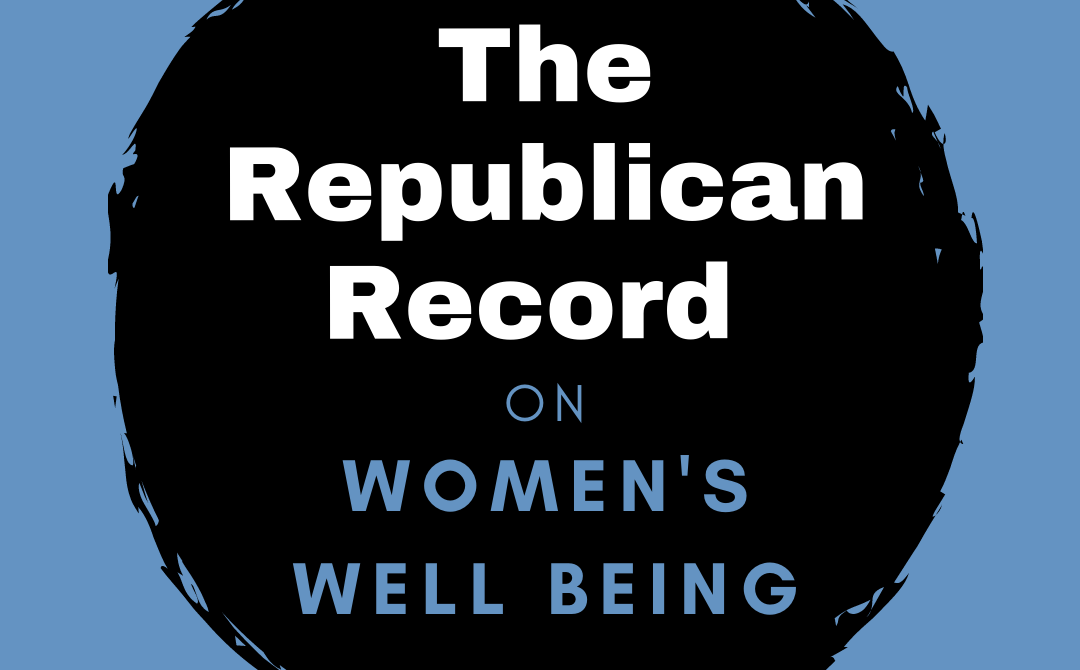 The deck is stacked against women in South Carolina

The U.S. News and World Report ranks South Carolina 42nd in their classification of Best States, with our state in the bottom third or quarter in the areas of healthcare, education, infrastructure, opportunity, violence and crime, and environmental care. For women, this picture is even bleaker: South Carolina is 46th, with only Oklahoma, Alabama, Arkansas, Mississippi, and Louisiana trailing. To determine the latter, scholars from a variety of fields ranked each state on 24 metrics, including economic standing, healthcare quality, and safety. South Carolina women have fared poorly in each of these areas under a Republican-led government.

Economically, 15.1 percent of women in South Carolina, including 40.4 percent of households headed by women, live in poverty, compared to 12.0 percent nationally. There are a number of intersecting reasons for the poor economic standing of SC women (especially single mothers), including employment opportunities, education, and childcare.

70.3 percent of women in SC are the only, primary, or co-breadwinner in their family, yet three-quarters of low-wage workers in South Carolina are women, and women are 2.38 times more likely than men to work in low-wage jobs. South Carolina women make 80 cents for every dollar men make, and women of color experience even larger wage gaps: Black women make 57 cents and Latina women make 54 cents for every dollar paid to white men. The lifetime wage gap is particularly striking.

On average, white women in South Carolina will make $374,400 less than men in their lifetime. That number increases exponentially for Native women ($796,880), Asian women ($607,280), Black women ($894,600), and Latina women ($983,440). If current trends continue, working South Carolina women will not receive equal pay until 2088. Currently, South Carolina is one of only four states without an equal-pay law. A bipartisan group of legislators introduced a pay-equity act in the state senate in January of 2019. It has not yet passed.

The wage gap does not apply only to women in low-paying jobs. Women make up less than half of workers in management positions (44 percent), and they are underrepresented in computer and mathematical fields (28 percent), the military (27 percent), architecture and engineering (11 percent), and maintenance and repair services (4 percent).

Of the 10 highest paying jobs in South Carolina, nine are in the medical field, yet women represent less than one-third of all physicians in the Palmetto State. Across the spectrum of low-paying to high-paying jobs, South Carolina women make less than men do, and their losses are compounded by the lack of benefits offered by their employers. Nearly half of all private sector workers in South Carolina do not receive paid sick days, compared to 29 percent nationally, and state employees receive only 15 sick days each year. South Carolina received a grade of D+ from the National Partnership for Women and Families on its family, medical, and maternity leave policies: The only protection in place in the state protects private sector and state employers from terminating an employee for pregnancy-related complications or recovery from childbirth. Contrast that grade with California, which received the best rating for offering its workers up to six weeks of paid leave, medical/disability leave benefits, flexible use of sick days, job-protected medical leave, up to 26 weeks of benefits for medical and family leave, and other safeguards. Adding to the lack of benefits afforded to SC workers, the Republican-controlled SC legislature passed a bill in 2017 that defends organizations from having to provide such protections to its employees.

Economic, employment, and wage inequality are related to the state and cost of childcare in South Carolina. The cost of childcare is exorbitant: Most low-wage workers would spend about half of their paychecks just on childcare, which costs more than $7,000 per child annually, on average – more than the cost of in-state tuition at a four-year college. What’s more, childcare waiting lists in SC are some of the longest in the nation, with 47 percent of South Carolinians living in a “child care desert,” a location where the number of children needing care exceeds the number of available spaces in childcare centers. Circumstances like these impact women far more than men in terms of career trajectories and work opportunities, as many women have no choice but to stay home with their children instead of joining (or re-joining) the workforce.

This year, South Carolina had a chance to step up when both the State House and Senate took up legislation that would have provided 12-week paid family leave. Only seven other states current have paid leave, with 14 percent of US workers covered. The bill even had the support of the governor. And yet, in another failure of legislative inaction, the bills never even had committee votes. Even when the Republican-led legislature gets started on the right path, it just can’t seem to push itself to the end of the road.

One of the greatest barriers to healthcare equality in South Carolina is the lack of access to affordable, ethical abortion care. Only 15 percent of South Carolinians believe abortion should be banned, yet SC ranks among the strictest states in the nation in terms of limits on abortion care. Included in the laundry list of restrictions imposed by years of Republican legislation are:

These policies are harmful to women’s health, but they are also damaging to women’s humanity. Women cannot enjoy full personhood without having complete bodily autonomy.

Women in South Carolina are also at a much higher risk of being victims of violent crime than their counterparts in other states. 41.5 percent of South Carolina women experience domestic violence. Domestic violence programs serve an average of 484 victims per day. The most recent report from the CDC estimates that more than 246,000 SC women are victims of sexual violence each year. For 24 years in a row, South Carolina has ranked in the top 10 states in the nation of women murdered by men, with a majority of those deaths caused by gun violence. In addition, 17.9 percent of women in South Carolina will experience stalking in their lifetime, compared to 15.8 percent nationally.

Women in South Carolina experience all of these things as a tangled web – each strand is impossible to separate from the others. For example, reproductive health issues intersect with economic ones. South Carolina ranks 49th in the U.S. for working moms, and mothers make 70 cents for every dollar that fathers make, a loss of more than $15,000 annually.

The insurance coverage that women need to afford high quality healthcare for themselves and their families is often only available from higher paying jobs – which women in SC largely do not occupy. Abortion restrictions are harmful to all women, but they are particularly damaging to women in low-income families who may not be able to supplement their insurance coverage, if any is provided, to afford the procedure, thus forcing them to carry an unintended or unwanted pregnancy to term and pay for healthcare and childcare for a child they already could not afford. Thus, the cycle of poverty continues.

South Carolina women, especially women of color, are suffering. Since 2003, the South Carolina legislature has been a Republican trifecta, with the Governor, Senate, and House of Representatives controlled by Republicans. National data clearly show that women’s well-being is a partisan issue: In the best and worst states for women, Democratic states rank, on average, at 14.9 out of 50, whereas Republican states average a rank of 33.8. If we want women’s well-being to improve, the answer is clear: Elect more Democrats.