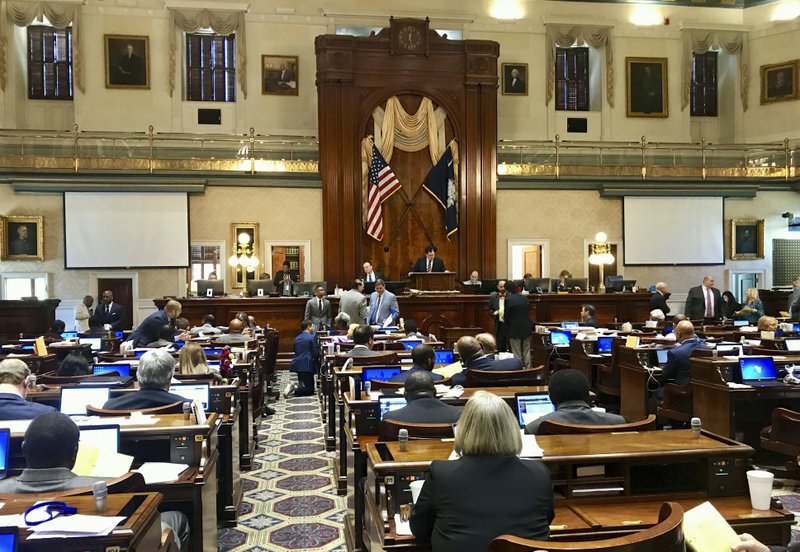 The Briefing: What are SC leaders thinking??

Every two weeks, the GCDP publishes an update on activities in the Upstate, Columbia and Washington that are of interest to Greenville Democrats. Each briefing leads off with an opening salvo that sets the tone. This is from the May 17 edition. Read the full newsletter | subscribe and never miss an issue.

Legislation is the opportunity to make hopes and dreams a reality. To right wrongs. To build for the future. To enact laws that will help individuals, businesses and communities thrive. It’s a wish list become reality.

So as the legislature wraps up its session, it’s instructive to take a look and see what – among all the many issues and challenges facing South Carolina and South Carolinians – was on their wish list.

Mike Roosevelt, a retired intelligence analyst who is experienced in critically assessing complex information, breaks the session down into two buckets: wish list bills in search of problems (mostly passed), and real problems with deferred solutions.

Bills pressed by Republicans this year included the Fetal Heartbeat bill, open carry gun legislation,  reauthorizing firing squads and the electric chair as means of executing prisoners (we haven’t executed anyone since 2011), tightening our already restrictive election laws (it’s worth noting that the bills Florida and Georgia are enacting simply bring them basically to where South Carolina has been all along), and a bill to keep transgender girls (why not boys?) from playing on athletic teams. Note: In a rare loss this legislation failed.

Bills pressed by Democrats and languishing: Anti-hate crime legislation, paid family leave, improved access to birth control by allowing pharmacies to dispense without a prescription. And two incredibly forward thinking bills for the 21st century: One to raise the legal marriage age from 16 to 18; and one to end the legally permitted practice of paying subminimum wages to the disabled (that latter beauty has been law since 1938 and, apparently, we only thought to do something about it in 2021!)

Governing in our state has been in the news quite a bit over the past few weeks, particularly goings on from the Governor’s office. …

South Carolina must really like living in the subterranean ranking of states because we seem to work pretty hard to stay there. For example, in a state ranking 43rd (2019) in overall education outcomes that has consistently failed to fully fund public education, the governor last week threatened to withhold funding from schools that did not fully restart their in-school programs.

That demand belies the fact that we are one of the least vaccinated states in the country, ranking 42nd (are you seeing a trend here?). Despite that, the governor doubled down on his non-education schools agenda, ordering a lifting of all mask requirements in the state’s schools. That has concerned the state’s education secretary, Molly Spearman, stirred up talk of lawsuits, and raised questions of the governor’s overreach.

The governor also jumped in whole hog and made a lot of national news last week when he decided to refuse any further COVID relief for the state’s 120,783 unemployed as well as contractors and gig workers who had been receiving unemployment under the Pandemic Unemployment Assistance Program.

McMaster correctly noted that the additional payments unemployed workers were receiving was “in many instances, greater than the worker’s previous paychecks.” To many that might point to part of the real problem that needs addressing: Pay inequity and inequality. Sixty-six percent of South Carolinians make less than $50,000 a year. In fact, the World Population Review 2021 survey of states ranks SC 47th in the country in per capita income. (Definitely a trend!)

Let’s stay on unemployment for a minute

Certainly the governor’s knee-jerk reaction to a disconcerting jobs report for April would have warmed the cockles of conservative hearts everywhere. But the “lazy-workers-would-rather-stay-home” theory just doesn’t hold water. First, we’re not sure if the governor’s ever been on unemployment BUT just in case, here’s some news: Looking for a job and taking an acceptable one if it’s offered is required. Otherwise, you lose your unemployment. Also unemployment is a 20-week proposition, eventually you have to go find work.

Additionally, rather than be concerned and perhaps ask for further information from the state’s labor and employment office, McMaster jumped right to lazy. Here are a couple of other options that deserved considering: 100 percent of the labor force gains in April came from men, meaning women are staying home.

The shortage and expense of child and elder care as well as schools not fully opened create a parenting issue usually addressed by women. Higher wages might help families but wage data is artificially inflated because low-wage workers were first to be laid off when the pandemic hit. That resulted in higher than normal wage data – on paper only. Finally, a lot of jobs seem to be coming in the food and hospitality sector, but workers continue to be concerned about the pandemic in the close-contact environment of bars and restaurants.

The business case for child care

While researching some of this, we found a very detailed presentation from the US Chamber of Commerce Foundation (one of the most conservative leaning organizations in the country) on early childhood education. “A world-class workforce begins with a world-class education system” it begins. And it goes on to call child care, early education, and preschool, essential “investments.” They call on businesses to “lead the way” by contributing to or subsidizing child care, providing access to local options and referrals, and working with employees to understand their needs. Very enlightened and pretty much exactly what the Care Infrastructure proposed by President Biden is all about. A Harvard expert on public budgeting and finance calls it “a generational investment.” “As a country, we have really underinvested in our infrastructure defined broadly, and that includes the human capital.” Keep pushing this narrative whenever you get a chance.

Read The Briefing in full and subscribe to stay on top of what’s happening.