Home » Blog » Jobs & the Economy » The American Rescue Plan: What’s in it for me? 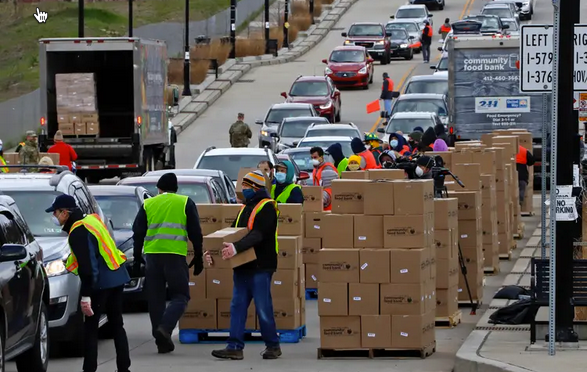 The American Rescue Plan: What’s in it for me?

In March, South Carolina and the rest of the United States marked one year since the wide-scale start of the COVID-19 pandemic.

During that year, more than 560,000 people in the U.S. and more than 8,700 South Carolina citizens have died of COVID-19.  As a consequence of trying to contain the numbers of people infected and killed by the virus, South Carolina’s unemployment rate climbed from 2.8 percent before the pandemic to 5.6 percent currently.  This means that 75,000 people lost their jobs since March 2020.

Food and housing insecurity are following the unemployment trend.  Twelve percent of adults in the state (424,000) report they do not have enough to eat, and 187,000 adults report that children in their homes do not have enough to eat.   An estimated 23 pecent (223,000) of South Carolinians are behind on rent payments, and 37 percent (1.4 million) of adults report having difficulty meeting normal household expenses.

These diminished circumstances are the direct result of the pandemic negatively impacting individuals and hard-working families. While the situation for many South Carolina residents is dire, assistance is on the way.

In the most recent federal action to offset the economic effects of COVID-19, the Democratic-controlled House and Senate passed, and President Biden signed, the American Rescue Plan of 2021.  In addition to funding medical efforts to combat COVID-19, the legislation provides financial relief for  Small Business Administration programs, Unemployment Insurance extensions and supplements, Tax Credits for organizations, Assistance to Individuals, Infrastructure, State and Local Governments, Education, and Nutritional Assistance.

Not a single Republican in either the U.S. House or the Senate voted in favor of the Rescue Act.

The legislation’s benefits to South Carolina’s citizens include:

The South Carolina Republican-controlled state legislature has the power to also help 329,000 SC citizens gain health coverage under the American Rescue Plan expansion of Medicaid.   Even after paying the cost of Medicaid expansion, South Carolina would receive an additional $600 million in new federal funding that it could use to offset spending in other state programs or budget shortfalls. According to estimates from the Kaiser Family Foundation, South Carolina would receive $790 million, thanks to the enhanced federal match rate under the American Rescue plan, while the state’s cost of Medicaid expansion would only be $190 million  Since the GOP state legislature has refused to participate in the federal Medicaid expansion in the past, it is not clear whether it will participate in this opportunity to assist state residents who have the greatest need.

The Democratic-controlled U.S. Congress, fortunately, has prioritized South Carolina citizens’ best interests.  The law puts a solid financial floor under the nation that could also be the foundation for robust growth in coming months, as parts of the economy damaged by COVID recover, and people who lost their livelihoods return safely to work.

With the law’s emphasis on reducing the number of individuals, families and children in poverty, the rescue offers something more than a return to earlier times: It may help reduce the growing wealth divide that has for too long relegated hard-working people to lives of struggle with little hope for social or economic advancement. This law could start turning millions of families’ lives around.

And not a single Republican in either the House or Senate voted for it.