This profile of Lucy Beam Hoffman, candidate for State House District 10, is one of a series on Democratic candidates running for office who are not currently incumbents, designed to help voters understand who they are and what they stand for.

As a young woman, Lucy, a self-described “rebel” grew up “not being afraid of too many things.” But that changed with three events beginning with 9/11. That “scared me badly,” Lucy recalls. A few months later, in February, she was seriously ill with pneumonia (“I’d rather be dead than have pneumonia again!”), and finally a childhood friend committed suicide.

“Those three things made me understand that life is truly finite,” she recalls.

A high-school dropout, who had “been saying for years that I was going to college,” decided that “If I was going to be blown off the face of the earth, I might as well be doing it going after a goal I’d wanted my whole life.” Lucy’s current goals are somewhat bigger: She’s running as a Democrat for State House in District 10. 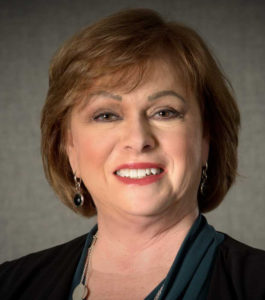 At the age of 47, she returned to college and began an six-and-a-half-year educational journey from Greenville Tech to Clemson. She ended her formal education with a Master’s Degree in History from Clemson University.

Lucy knows what it means to struggle to make ends meet. The child of a Lutheran minister in North Carolina, she grew up poor and later lived at the poverty level as a single mom after her first marriage ended. She’s owned a business, taught students, volunteered in her church. And she’s been impacted by the loss of her father of cancer, and her sister after a one-and-a-half-year battle with ovarian cancer in 2017. “She was more like a mother to me,” says Lucy, admitting how hard-hit she was. “I spent a year wondering if I was going to make it.”

Lucy is passionate about issues; less so about politics. “Politics isn’t something I ever wanted to do,” she said. But in January 2018, moved by “some really stupid thing he’s (Trump) done,” she started thinking about running for the State House. Conversations with county Democratic Party chair Kate Franch and state party chair Trav Robertson convinced her to come to the county convention. Before she knew it, she was on stage, announcing her candidacy.

All three seem to come back to the same problem: South Carolina is behind. Google has a large data center in Berkeley County, SC. Since 2009, the company has pumped more than $1.9 million into South Carolina schools, foundations, and healthcare facilities. In that county, Lucy notes, the school buses have WiFi. Why can’t more of the state develop these partnerships to benefit education?

Teachers’ salaries need to be raised, she says, and she supports the creation of tax breaks or possibly a special tax bracket for teachers. “They are training our future leaders,” she emphasized.

The state also falls behind on infrastructure, which impacts everything from safety to business development. Lucy has had lengthy conversations with the state Department of Transportation secretary Christy Hall, who, she says, admits the agency is 10 years behind on its 10-year infrastructure plan. Although Lucy speaks highly of Hall’s leadership, she would like to see a forensic review of the department’s budget. Lucy is committed to infrastructure development in Piedmont, similar to the growth of the Swamp Rabbit Trail, that would be called the Kayak Trail. Overall, infrastructure is an uphill battle that requires the full attention and oversight of the legislature. “It’s going to take 10 years to catch up with 20 years of neglect.”

As a small business owner, Lucy believes small businesses should get tax incentives and business support similar to the big players in our state like BMW, Amazon, and Boeing. One idea is supporting new business as soon as they apply for their LLC. “What if right along with your LLC, you got a template about how to build a business plan” from marketing to growth investing in your business. “There should be more services to help them because helping them helps us,” Lucy points out. Eventually, successful businesses pay back their tax break through hiring and lifting local economies.

Bringing her history background to bear, Lucy sees our social and economic divisions as a clear threat to the country. “One thing I know is the further apart the rich and wealthy get (from the middle class), there’s only one thing that happens. Revolution.”

Lucy’s run for State House may have seemed improbable to her just a few years ago. But now, even in a very red district in a very red state, Lucy is part of tsunami of women standing up and running for office. Win or lose, Lucy says, she’s building a foundation.

“If I can run and next time around another woman can run and win based on what I’ve learned from this particular experience, then it will be worth it to me.”