Home » Blog » From the chair » Honoring John Lewis: Stay laser-focused on our goals 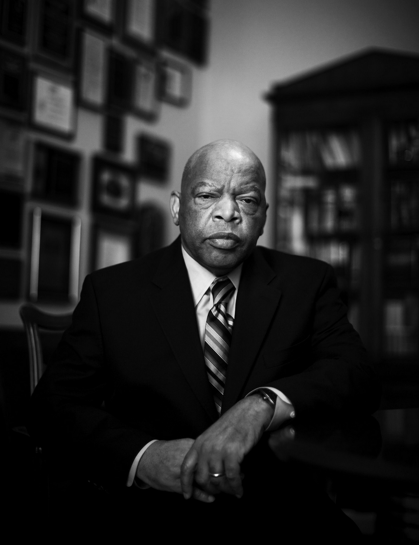 Experienced animal trainers take a stool with them when they step into a cage with a lion. Why a stool? It tames a lion better than anything, except maybe a tranquilizer gun. When the trainer holds the stool with the legs extended towards the lion’s face, the animal tries to focus on all four legs and paralyzes himself. The powerful lion becomes unable to display its full potential because of this distraction. A divided focus will always work against you. How can we, as a party, learn to cultivate the kind of focus needed to become a majority party in our County and across this State.

We can learn to prioritize and concentrate. If we only focus on the priorities and lack the concentration, we will stay in a conversation mood, and results will be hot air wrapped in good intentions. If we concentrate and don’t prioritize, we will gain excellence but no REAL progress. This isn’t a new concept, but one we as a Party need to confront now. One perfect example of someone who excelled at the duality of prioritizing and concentrating was the late Congressman John Lewis, who harnessed both and was able to accomplish great things throughout his life becoming a Lion for us all.

His lifelong commitment to the Civil Rights Movement was made possible by his optimistic focus to see a socially just America. He found what he did well and never stopped. Lewis found the courage to never stop learning, growing, and sharing the importance of civil rights for all. His focus wasn’t on the stool, which took many forms throughout his journey. Even though he faced bogus arrest, police brutality, physical beatings, and systematic racism among other things, he never lost sight of his goal. The grace and elegance he did it with just made it that much sweeter for us all. His mission to create change through nonviolence is inspiring. Let this serve as a humble lesson for us all that there is another way to operate in this body politic and be a true success. His life’s message contradicted majoring in the minors. However, we as Democrats get caught in the small things keeping us in paralysis instead of marching forward with meaningful steps bringing us closer to our goals.

Congressman Lewis knew if he only concentrated on what wasn’t working, it wouldn’t gain the necessary traction and engagement needed to accelerate the movement. As Bruce Lee once stated, “a successful warrior is an average man with laser-like focus.” Congressman Lewis was not average by any stretch of the imagination, but he was certainly someone who had sharp focus and through the gift of his life allowed many of us to have our own successful warrior stories. This is the best gift John Lewis’ legacy leaves behind for us. What will our success story look like this Fall.

NOW is the time to focus on November. Remember our strength is through unity, not looking at the stool or being pulled away by internal backbiting. Our focus must be laser-like because our country can not afford another four years of divisive behavior and rhetoric at ANY level of our Government. I say we can’t afford it because we all deserve better representation in our leaders from the County Council to the President of the United States and everything in between.

Starting today, let’s promise ourselves to be more focused. Let’s promise to make Congressman Lewis proud. Let’s be the party who’s focused on what can be, and let’s work together to make it happen. November 3rd is closer than you think, let’s not gaze at the stool and miss this moment.