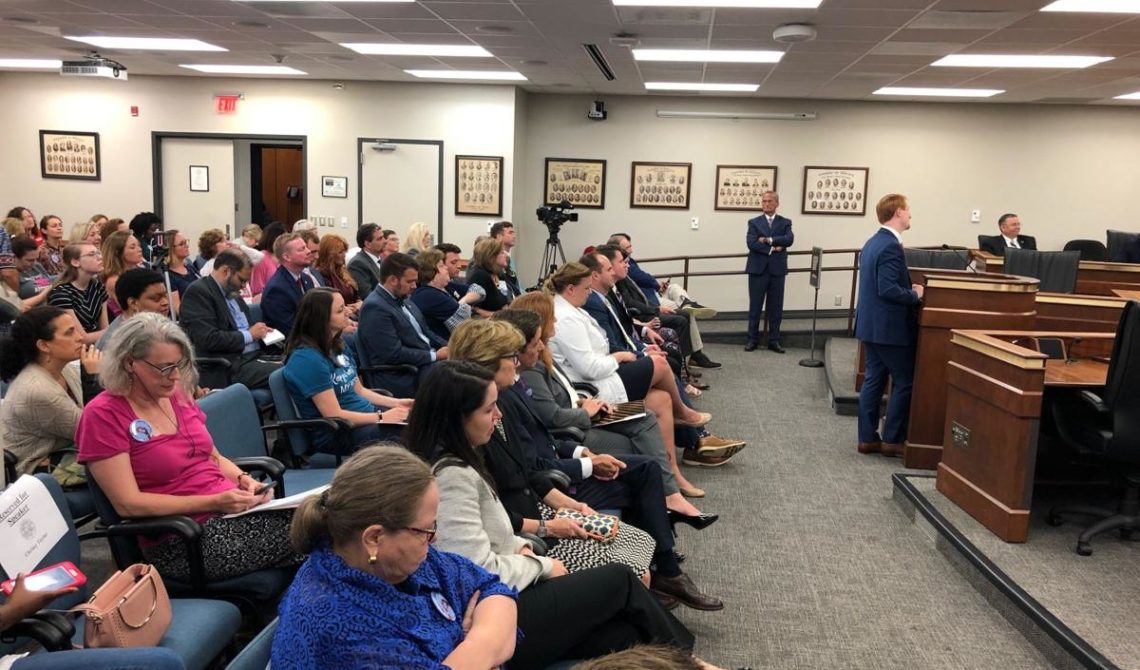 It was four hours of testimony. It required no physical exertion. But by the end of the day, I was exhausted; my heart was tired.

Roughly 60 people testified – 30 in favor and 30 against – regarding H3020, the bill that would ban abortions as soon as a fetal heartbeat can be detected or commonly six weeks. Testimony from both sides was gut wrenching: Stories of pregnancies lost, pregnancies endured through uncertainty and fear, pregnancies ended, and miracle births of severely limited or disabled children who endured dozens of surgeries in their early days and years but who survived where doctors said they would not.

The speakers in favor of the bill were largely ministers, leaders of anti-abortion organizations, and women who railed against the idea of “taking a life”. Witnesses against the bill – medical professionals, social workers, community workers, and women who shared their experiences – came armed with more than righteous indignation; they came with statistics, medical data, and even more personal stories.

Other speakers spoke of the emotional, economic and social issues resulting from unwanted pregnancy: dropping out of school, inability to persue or prepare for a better job thus better supporting their family, lack of affordable child care, family or community support for single moms who must work to take care of their families.

Those issues were generally referred to as “inconveniences” by those who favored the bill. Many of these witnesses said they were glad they had made the choice to have a child rather than an abortion.

But that’s truly the issue, of course, they had a choice.

Although the hearing is over, according to Ann Warner, CEO of WREN, the committee is continuing to ask for written testimony. If you have something to say about this legislation, you are asked to email it to  smedicomm@scsenate.gov (please use bill # in the subject line). Written correspondence may be sent to: SC Senate Medical Affairs Committee Attention: Research Director PO Box 142, 412 Gressette Building Columbia, SC 29202. The deadline to submit your comments is Oct. 1.