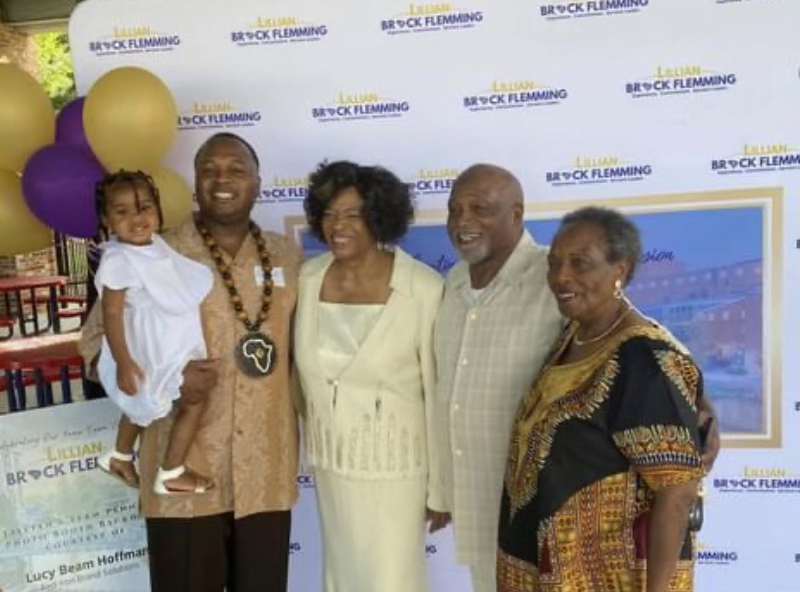 On a recent balmy Saturday evening, close to 300 hometown fans of the Honorable Dr. Lillian Brock Flemming filled the decked-out concourse of Fluor Field at the West End to thank her for 40 pivotal years of service on Greenville City Council.

The crowd included current and past council members, civic, business, and political leaders, community organizers and minority entrepreneurs, and developers and residents of the city’s “special emphasis neighborhoods.” They broke bread together and feted this remarkable trailblazer. Since 1981, Councilwoman Brock Flemming has been our “Home Team Champion” – bringing people together throughout her tenure to build bridges, resolve issues, and create cohesion around a vision of a city that safeguards and sustains all of her citizens.

Lillian was prompted to run for municipal office to provide a community voice in response to the council’s agenda of clearing neighborhoods of slum and blight. In addition, the federal government was planning a major highway through Greenville that would have erased the Southernside neighborhood in which she grew up and continues to live. At the time, she was a young wife in the last term of pregnancy with her first child and teaching school. Along the way, Lillian served with 33 council members, including the first female majority council in 1999, and four mayors.

“Yeah, That Greenville’s” neighborhoods today are flourishing, Southernside has survived and been reconnected via the Xanthene Sayles Norris Pedestrian Bridge, and the city is touted far and wide for its amenities and friendliness. Lillian has helped to guide many of her major economic development projects: the Poinsett Hotel, Greenville Mall, Haywood Mall, Falls Park, Fluor Field, the annexation of Verdae properties, the Shops at Greenridge, CU-ICAR, River Place, and now Unity Park. She served thirty-nine consecutive years as the longest-serving board member of SC-TAC, and was named Director Emeritus, the sole female of the four who have received this distinction.

All of these accomplishments and more were celebrated, in person and on video, by colleagues and friends during the tribute evening. Rep. Chandra Dillard, who served on

City Council with Lillian from 1999 to 2008, presided over the three-hour affair. Councilman Ennis Fant presented a proclamation from Greenville County Council.

In addition, nineteen Champion Table sponsors shared seats at their tables with members of groups for which Lillian has advocated through the years, such as seniors, veterans, Blue Star Mothers, Girl Scouts, and Greenville’s 12 “special emphasis neighborhoods”. Their generosity allowed the wonderful diversity that comprises Greenville to shine brightly and, together, to congratulate an inspiring leader on an amazing four decades of altruism and achievement.