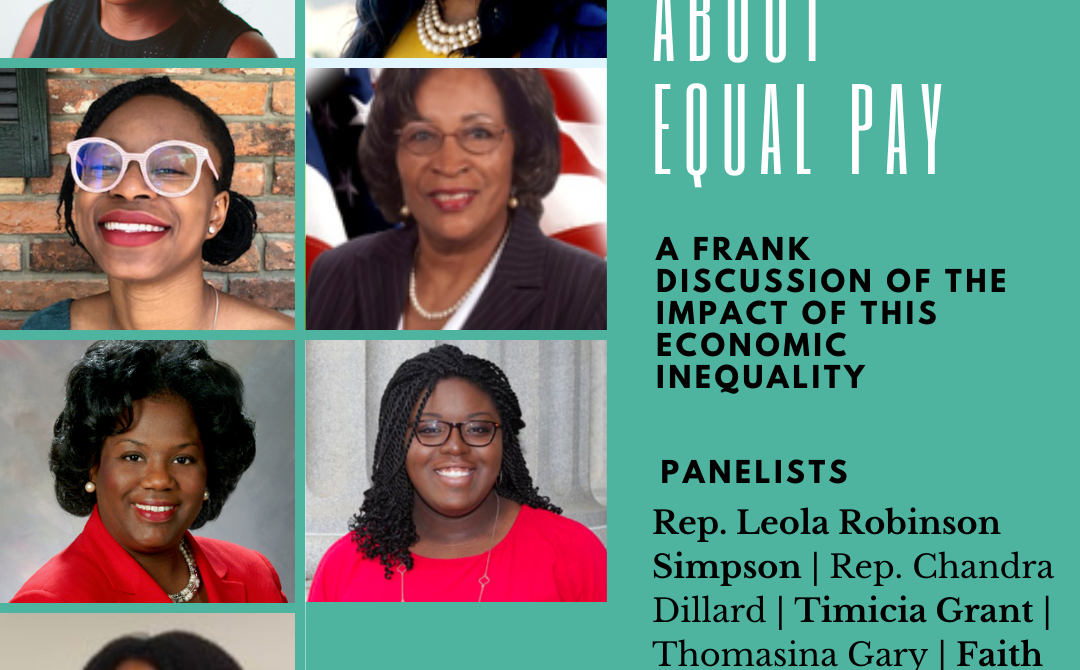 Video: The impact of pay inequality on Black women and communities

Over a 40-year career, a Black Woman will make $840,000 less than a White man. Our multi-generational panel of Black women discusses this disparity and its impact on families and communities. 56 years after JFK signed the Equal Pay Act in 1963, it’s a battle that still rages. The panel held on August 13, 2020, marks Black Women’s Equal Pay Day – the day in 2020 that a Black women has to work in South Carolina to achieve the same pay a white man made in 2019.

The problem isn’t limited to Black women. All women lag behind white men. Nationally, for every $1 a white man made in 2018: