Home » Blog » Watching government » GCDP forum explores our country at a crossroads: Which way will we choose 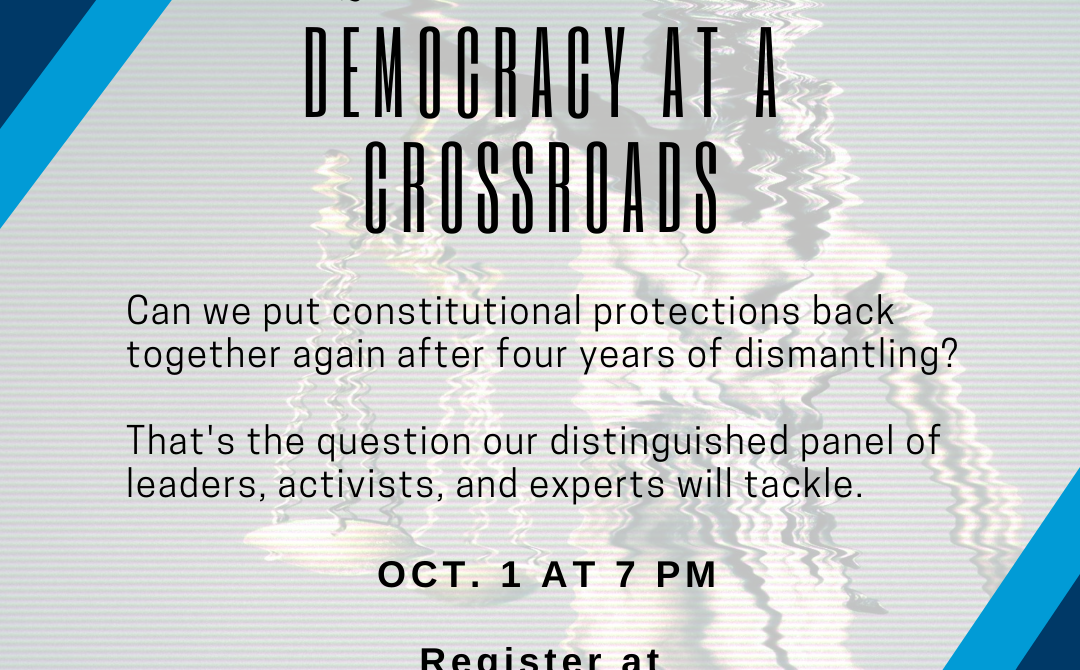 GCDP forum explores our country at a crossroads: Which way will we choose

We are at a crossroads. Our laws are being twisted at best, ignored at the worst. Our values have been set aside for political gain. And a war against immigrants, people of color, and non-Christian religions is being prosecuted from the highest levels of our government.

Four respected leaders, with decades of experience in law, public service, and environmental justice, will participate in an important discussion of Democracy at a Crossroads, the first in a quarterly series of programs in the Greenville County Democratic Party’s Equal Justice Forum.

Ricardo Urbina, former U.S. District Court judge in D.C., and the first Latino appointed to the federal bench, will moderate the panel.

The virtual discussion will focus on how the administration is dismantling valuable Constitutional protections, what’s at stake, and what steps we can take forward.

Among the topics on the table:

The forum will be held October 1 at 7 p.m. on Zoom. Click here to register and get the Zoom link.

Please consider a donation to the Party to support our efforts to education, engage, and activate voters, elect more Democrats, and change the dynamic in Greenville County and South Carolina.