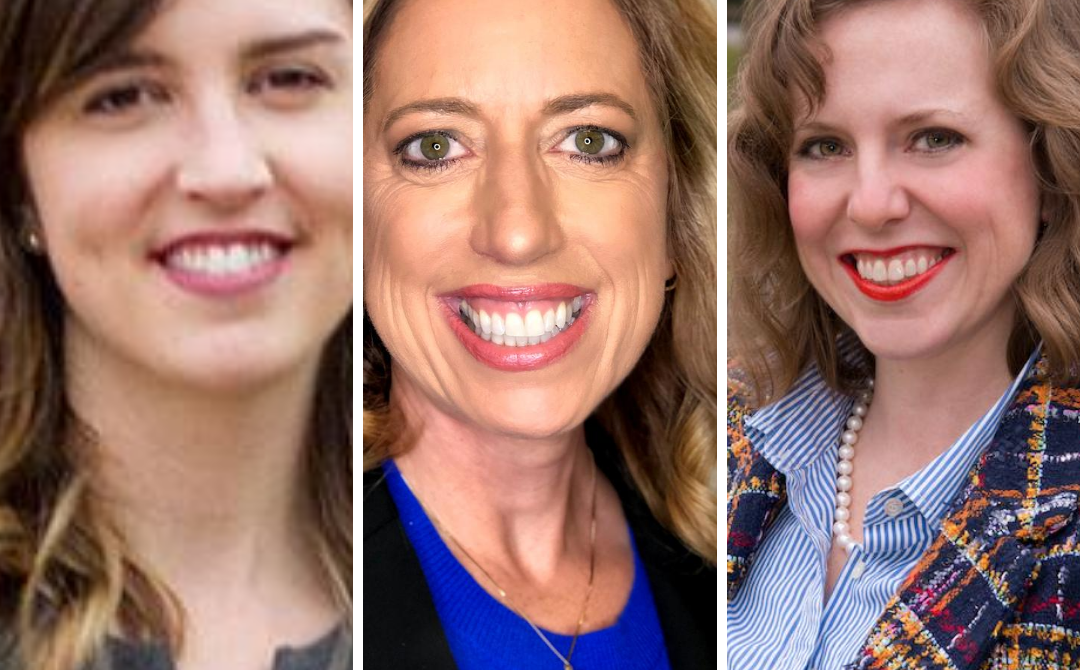 Thinking of running for office? Here’s some advice from women who’ve been there.

The thought of running for political office can be daunting. Fundraising, debates, canvassing, phone banking, and other rites of passage on the campaign trail hardly come naturally to most people. Yet, the need for qualified candidates abounds.

I talked to three people who could de-mystify the experience: Dorothy Dowe, who won her race for Greenville City Council At-Large Representative in November 2019; Tina Belge, who lost a close race for South Carolina Senate in 2019; and Amanda McDougald Scott who is currently running for Greenville County Council in District 24

All three women knew for years that they wanted to run for office. This gave them time to be strategic about building their resumés, constructing their social networks, and refining their stances on key issues.

Belge said she always considered elected office a way to “improve the world and make it a better place, right wrongs, improve the status quo, and help people,” but she ran for office sooner in life than she anticipated she would. After Trump’s election in 2016, she witnessed increasing division in the United States and “scary repercussions” of the Trump administration, so she decided to run. Though her campaign was unsuccessful, Belge’s run was inspirational to many Democrats in the Upstate.

When her kids were young, Dowe had what she called a “volunteer career,” doing a great deal of volunteer work, serving on various boards, and doing side projects for individuals and organizations. The idea of running for office was planted then. “Throughout that time in my life, regularly people would whisper in my ear and say: ‘When are you gonna run for office?’ So I guess it was a connection of whatever skill sets I had to the job of being an elected official,” Dowe explains.

That was two decades ago, so Dowe thought carefully over the years about what her journey to elected office would look like. Similar to Belge, Dowe decided after the 2016 presidential election that the time was right, and she started taking stock of local races that were potentially winnable: “We started looking at how few Democrats run for seats at the local level. In other words, how many seats were held by people that had never had a contested race.”

Similarly, McDougald Scott was told from the time she was in graduate school that she would be a good candidate for office, with a professor telling her, “This is your skill set.” Though she knew she wasn’t ready to run at that point in her life, she knew she would at some point, so she starting tailoring her experiences toward her goals: “You have to have a really focused plan if you think you ever want to run for office. I knew what I needed to do, and I knew what I wanted to be, and I just started doing things stuff that I loved and that made sense and that I was passionate about, and people just started seeing that in me.”

So what were the qualities that people were recognizing in these future political leaders? McDougald Scott said that good candidates are people who know what their strengths are, take the time to learn about their community, and make connections with people who share their interests. Dowe said that candidates should have a solid resumé that “has a history to it and that demonstrates whatever qualities you are campaigning on in terms of your strengths.”

The good news here is that neither woman emphasized having an innate set of skills or strengths. Political candidates, like the people they serve, should be diverse in terms of their background, identities, training, strengths, and personalities.

What is common to all good candidates is a willingness to work hard, a desire to learn, breadth of experiences, and commitment to building a supportive network. Of the latter, all three women emphasized the importance of support on the campaign trail, both socially and financially. “You need a broad network of people to support you,” said Dowe.

Another common link between these three women is Emerge, a national network dedicated to training and supporting Democratic women to run and win elections. Emerge, which has branches in nearly every state, has opened its application period for the Class of 2021. Applications close September 1, 2020. Find more information at https://sc.emergeamerica.org/.

For people who have thought about running but don’t know how to get started, Dowe had a pretty simple suggestion: Figure out which positions you’re eligible for based on where you live, and then “strategically pick a seat that’s a vulnerable seat.” Beyond that, Dowe emphasized making sure you know not only “why you want to run, but why you want to serve.”

McDougald Scott urged people thinking about running for office to “pick things to do with your time that bring out the best in you and that you’re going to be passionate about, and do them well, and show up. Figure out what your natural gifts are and try to really put yourself in positions where you going to be able to do those things and meet people.”

Belge’s advice emphasized authenticity and urgency: “Do it. Don’t wait. It’s never going to be the ‘right time,’ and no one is going to grant you permission. Of course, do your due diligence first and connect with your community and be part of solutions before you enter the political arena, but then don’t hold back. And please just be yourself. Phony politicians with seemingly perfect lives are not what people want to see. They want to see themselves reflected in you.”

Of course, not everyone wants to run for office, but there’s still a lot that Democrats can do to support local candidates. Both women stress the importance of volunteers in a local campaign. “Life would have been better if there was an endless bench of boots on the ground. Volunteers. People willing to knock on doors. People who are willing to phone bank. People who are willing to host or make provisions for meet-and-greets or kick off parties. All of those things are so helpful,” said Dowe.  Belge had similar advice: “Directly volunteer with a campaign. Going door to door (safely) is the most important. Second to this would be to donate, and of course tell your social networks about your candidate and ensure they’re registered so there is no way they don’t get the opportunity to vote. It all depends on us!”

McDougald Scott is currently in the throes of campaigning. When asked what local Democrats can do to help, she said, “Sometimes you’re going to have to do stuff that’s not sexy if you want Democrats to win, and that includes making phone calls, and doing literature drops, and donating money, even if it’s just a little bit.”