All hands needed on deck to support expansion of mail-in voting, fight suppression 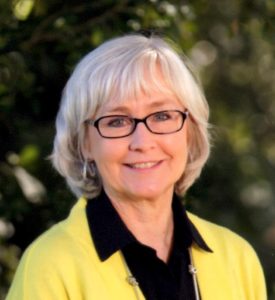 I was wrong last month.  Due to the delay of the county convention and shift to a mail-in ballot, I have one more chair’s message to share after all.  I want to use it to focus attention on an issue that must get critical, timely attention over the next couple of months: Ensuring safe and inclusive access to the ballot box in light of the current Covid-19 pandemic.  That access must include expanded options for mail-in voting as well as in-person voting for both the June 9 primary and the November 3 general elections.

Changes to South Carolina election law and procedures that would be implemented at the county level will come from the state legislature.  Discussions about readily executable solutions are underway.  In addition, several members of Congress are working to address this issue at the federal level.  For instance, Senator Kamala Harris has introduced the VoteSafe Act aimed at providing baseline standards for safety and accessibility at polling sites, safe and secure alternatives to in-person voting, and funding to help states implement equitable, inclusive voting options.

We’ll look to our elected leaders to let us know which measures to rally behind.  When we have those answers, please commit to calling and emailing your legislators to demand passage of the necessary legislative mandates.  We will need measures in place by June.

The GCDP will probably also have to take action to inform and assist voters and protect turnout.  We should heed key lessons from the activity of the local and state Democratic parties in Wisconsin during their recent presidential primary.  The governor’s attempts to delay the primary and provide mail-in ballots to all voters due to health concerns associated with the coronavirus were thwarted by the state legislature, state Supreme Court, and ultimately the US Supreme Court.  But Democrats organized to connect with voters directly and helped many to navigate the process of applying for and returning absentee ballots, including using video calls to provide one-on-one assistance.  Absentee ballots accounted for approximately 80% of the votes cast.

Wisconsin also experienced significant polling site closures due to concerned poll workers dropping out.  As a result, thousands of voters stood for hours in lines that often wound around city blocks, risking exposure that could jeopardize their lives.  The determination of Democrats to thwart suppressive actions is inspiring.  One crucial outcome of the resulting overall turnout was the victory of liberal judge Jill Karofsky, who ousted an incumbent conservative State Supreme Court justice (only the second time an incumbent justice has been defeated since 1967).

So, we will likely need all hands on deck as the 2020 election days approach.  Voter education and engagement efforts will be essential, and probably require new, creative approaches.  Having adequately staffed polling sites throughout the county will minimize the amount of time that voters wait in line to exercise their right to vote, thereby protecting turnout.  Please consider being a Greenville County Election Commission poll manager (worker).  Training is provided and you will be paid.  Download the poll worker application and additional information.

I’d like to end with a slightly updated version of remarks that I had prepared for a presidential campaign rally with Senator Cory Booker last year.  The program had to be adjusted at the last minute, so several other guests and I didn’t speak after all, but the remarks seemed still relevant today.

As Democrats, we believe that anyone, and everyone, from any walk of life should have a shot at the American Dream.

That means we must work to create fairer, more just, more equitable communities.

And, that starts with electing Democrats up and down the ballot – to County Council and the State House, to Congress and the White House.

No matter how committed each of us might be to the work required, however, we all need and appreciate moments of inspiration that help to keep us focused and motivated.

Let me share a moment not too long ago that was personally inspiring.  Last February, I had the honor of hearing the extraordinary Mr. Anthony Ray Hinton at Furman University.  Because of racism, Mr. Hinton had been falsely accused, wrongly convicted, and sentenced to death row in Alabama in 1985.  After a long, arduous life in prison, he was exonerated and the US Supreme Court ultimately overturned his conviction.  What we saw on the evening of his visit to Greenville – what makes him so extraordinary – was a man of grace, compassion, wisdom, and true benevolence; even though he has every right to be bitter, angry, and demanding of retribution.

When asked his thoughts about how we could address the travesty of systemic racism that pervades for so many that which is our criminal justice system, do you know his answer?  V-O-T-E . . . Vote.

“Vote” was his answer to almost every question that night.

I left recommitted to the work that lay ahead and have not lost sight of Mr. Hinton’s charge.

So let’s pledge here today that we will make sure that everyone eligible to vote is registered and current, that they know how to exercise their right to the franchise and are informed about our candidates, and that they then use that power – their voice – at the ballot box to create a Greenville, a South Carolina, an America that treats everyone with dignity, respect, fairness, and justice.