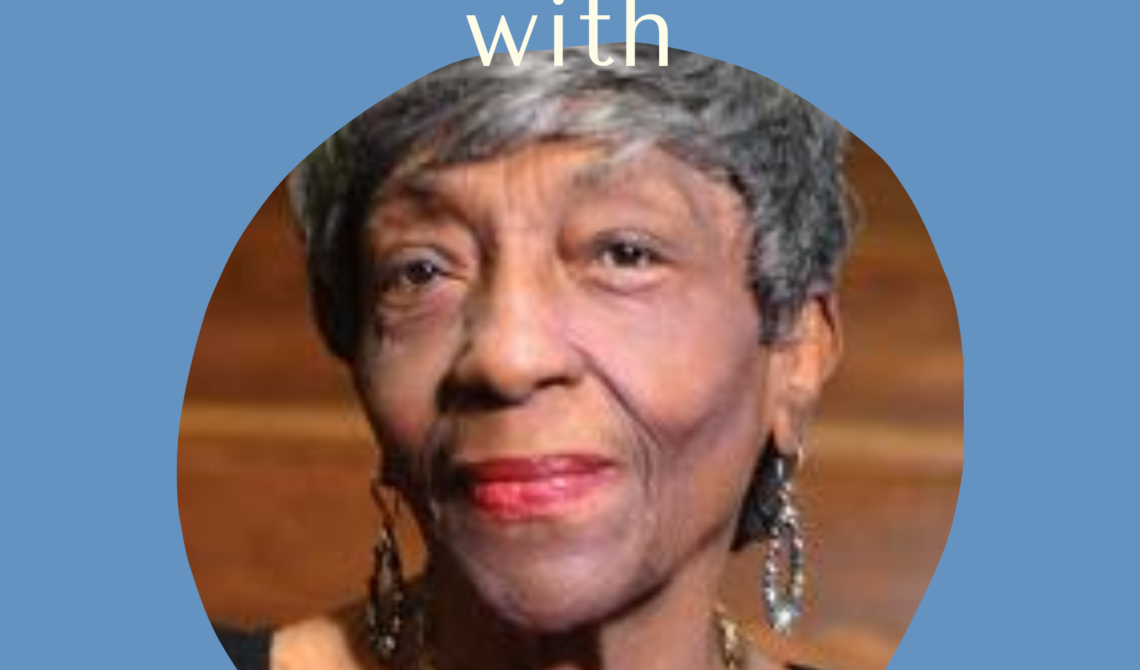 A Conversation with Xanthene Norris

Judi Buckley, DWGC member, former Senator in the Virgin Islands, and 2018 State House candidate, interviewed County Councilwoman Xanthene Norris for the DWGC’s “Interview Series”.” Below are the highlights of their conversation, which was conducted by telephone.

JB: What has your life been like during the pandemic? Are you still staying close to home, and with whom are you isolated?

XN: I have a 26-year-old grandson who is autistic and is at home with me, so I have company. My husband, who was a barber, passed away over 10 years ago so my large family takes very good care of me. They come over and we visit from the porch, so I still get to see them in person. My oldest granddaughter is a beautician, so she comes over and does my hair and nails and keeps me pretty, which makes me feel good (while wearing a mask!). My daughter checks on me often and helps with the cooking and other things around the house.

JB: You are 91 years young! What is your secret to longevity?

XN: I’ve always loved working with kids. I’ve been a schoolteacher and a guidance counselor. As a matter of fact, I still counsel high school students and guide them to college through a program I started at my church, Springfield Baptist, over 10 years ago. It’s called the Whittenberg College Scholarship Ministry, named after A.J. Whittenberg, whose activism is responsible for the integration of Greenville County schools. I also raise scholarship money for these students who otherwise might not get to go to college. Because of my years of working in the Greenville County School District, I am able to leverage my relationships with the various faculty at the students’ schools to get their coursework, which assists me with giving them the best plan for how to get into college. I also serve on the Greenville County Council, so all of this work keeps me active and young.

JB: Have you been able to continue your work with the Greenville County Council, even though you cannot meet in person?

XN: We’re still meeting via Zoom so we haven’t missed out on anything. I don’t love it because I prefer to meet in person, but it’s what we have to do right now.

JB: You have served on the Council since 1997, so you have been a part of some pretty big changes in Greenville County; tell us about some of those, and which ones are you most proud of?

XN: When I first got on the County Council it wasn’t easy because I sat at the table with people who weren’t used to having a Black council member; they had to get used to me. I managed OK because I went through desegregation, so that helped me get through it. Some of the council members were my former students so there was some familiarity. Being a Democrat, there was some resistance; there still is.

There were some council members who worked at Bob Jones University when they hadn’t desegregated yet. Lottie Gibson and I would go to the campus to help them get accustomed to Black folks, and there were Confederate flags flying all around. Regarding their resistance to integration, I would always say “that’s your problem, not mine,” and never gave up hope that they would follow the law and desegregate. I would like to think I was the catalyst that helped them start accepting Black students. I stood my ground on that issue. Also, I am really proud of working to make Martin Luther King Jr.’s (birthday) a holiday, because at that point Greenville County was the last county to do so. Jesse Jackson, part of the Greenville 8 and also my student (all of the Greenville 8 were), came to town and we marched. We weren’t going to let them stop us, and they didn’t.

I’m also proud of helping the Phyllis Wheatley Community Center, as well as other recreational centers in the county, become viable. I must also mention what is now the Xanthene Norris Bridge. I started working on getting it rebuilt as soon as I took office because that was very personal for me. I grew up on Cook St on the southern side where the bridge was. Eventually there was no bridge at all, so everyone had to walk all the way down and around to get to school and other places. You had to walk on the railroad, and it was very dangerous (one woman died), so I worked hard to make sure it was rebuilt. It was finished in March of this year.

JB: Recently the Greenville City Council announced that they passed a resolution allowing the formation of a Citizen’s Review Panel to review the Police Department’s use of force, in response to George Floyd’s murder by a cop and the ensuing protests against police brutality.  Has the County Council had similar discussions?

XN: Yes, just last night. Sheriff Hobart Lewis came to our virtual meeting and lobbied for us to form a Sheriff’s Office Citizen Advisory Board, which will seek “to provide advice, and to review and educate the community on law enforcement policies and practices at the Greenville County Sheriff’s Office.” We passed it unanimously.

JB: Is the Council moving toward issuing a mask mandate like Greenville City just did?

XN: Several of us would like for it to happen, but there’s no movement on that right now.

JB: Civil rights icon Rep John Lewis just lost his battle with cancer, and his passing is being felt all over the country. He called on everyone to continue making “good trouble” and speaking up and out when we see an injustice. I read that you mentored Rev. Jesse Jackson in your younger years, who has also been a tireless civil rights activist. What would you like to say to our readers about growing up during segregation, seeing the Civil Rights Act pass, the work you’ve done during your life, and what we can all do to continue to fight for justice and equality to honor those who came before us?

XN: When I look back at what has occurred during my lifetime, it hasn’t been easy but it was all doable. It’s a matter of making the decision to do it. My daddy worked at the railroad, and my mother was a teacher. She had to go where the district told her to, so during the summer she would teach in the mountains around Travelers Rest and would stay with other Black families Monday-Friday. Those students had to be free to pick cotton during the school year. Dad would drop her off on Monday morning, then pick her up again on Friday afternoon; during the week we stayed with my dad and grandmother.

After high school I really wanted to be in Atlanta, so I attended Clark Atlanta University from 1946 – 1950. After college, my mother told me I needed to come back to Greenville so my sister could go to college, so I did. I became a teacher at Sterling High School, where I taught French, Social Studies and World History, and I also worked in the guidance counselor’s office because Alberta Grimes recruited me to work in both offices (Ms. Grimes brought the first Head Start program to South Carolina in the ‘60s). I went back to Atlanta to work on my Master’s during the summer, then after desegregation, I got hired at Greenville High as a guidance counselor.

After I left the school district I worked at the Urban League as a guidance counselor. Often parents would set up an appointment to meet with me, not knowing I’m Black, and were quite shocked to see my skin color because they said I sounded “white”. Some parents objected, but the students liked me, so I was always able to counsel them. I did a lot outside of counseling (got kids into the YWCA, for example) because my mom taught me well. My parents were my best example because they both worked hard.

As far as continuing the legacy of those activists who came before us: we have to take item by item and develop a scheme to get it done. As long as I have breath in my body, I will keep working. I’ve never said no! We’ve come a long way at County Council, and we’ve learned how to get along. As long as I’m alive, we can get it done.

You can reach Xanthene Norris by emailing her at xnorris@greenvillecounty.org.